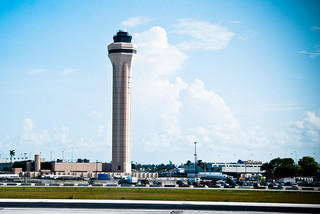 The global airline industry is looking at a slightly improved outlook for 2013 as a result of stronger revenue inflows, now projected to reach US$671 billion this year, up by $12 billion from the December 2012 outlook, said the International Air Transport Association (IATA).

“Against a backdrop of improved optimism for global economic prospects passenger demand has been strong and cargo markets are starting to grow again,” said Tony Tyler, IATA’s director general and CEO.

Cargo demand is expected to grow by 2.7 percent, reversing the declining trend of the last two years, and cargo yields are expected to be flat, an improvement on the 1.5 percent decline previously projected.

In a statement, IATA said confidence in the airline industry is rising due to an improved GDP growth forecast for 2013, which has been upgraded to 2.4 percent, a significant improvement from the 2.1 percent predicted in 2012.

Another positive factor is the seeming bottoming out of the global production cycle in the third quarter of 2012, followed by six months of increasing output and improving business confidence.

Consolidation in domestic markets and joint ventures on some long-haul routes are also leading to greater efficiency and better financial performance, the group said.

But the risks remain, including the ongoing eurozone crisis that could take a turn for the worse.

“European Central Bank commitments with respect to the eurozone crisis and the slow economic recovery in the US should be pointing us towards a durable, if weak, upswing. But we have had two false starts already. Improving conditions in early 2011 and 2012 disintegrated as the eurozone crisis intensified. And it could happen again,” said Tyler.

Comprising about 40 percent of the air cargo market, Asia-Pacific airlines are expected to contribute the biggest share to industry performance with a $4.2 billion net profit expected for 2013, up from $3.2 billion previously projected and from the $3.9 billion reported for 2012. Carriers in the region are expected to see average demand growth of 4.9 percent, slightly outpaced by a 5 percent capacity expansion.

“The improvements in industry profitability are encouraging. But they must be kept in perspective. We are projecting that airlines will make a net profit of $10.6 billion on $671 billion in industry revenues. By comparison last year Nestle, a single company, made over $11.5 billion in profit on revenues of about $100 billion,” said Tyler.

He added: “Chronic anemic profitability is characteristic across most of the aviation value chain when compared to other sectors. It will require more than improving economic conditions to fix.”