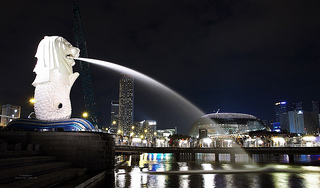 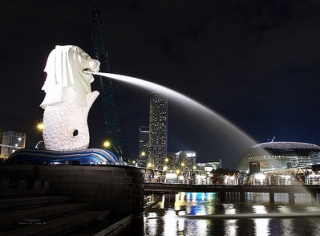 The Singapore economy performed well in the last quarter of the year and for the whole of 2013, according to Permanent Secretary Ow Foong Pheng of the Ministry of Trade and Industry.

For 2013 as a whole, the economy expanded by 4.1 percent, higher than the 1.9 percent in 2012. “Growth was mainly supported by robust expansion in the finance and insurance and wholesale trade sectors. The manufacturing sector also expanded at a faster pace, on the back of strong growth in the transport engineering cluster and the electronics cluster,” said Foong Pheng.

The global economic outlook is expected to improve modestly in 2014, supported by a sustained but slow recovery in the United States and the Euro zone economies.

Growth in the U.S. economy is expected to improve in 2014, as fiscal cutbacks ease, private consumption expenditures rise, and business investments increase.

In Asia, China’s growth is expected to moderate slightly as the government continues with reforms to rebalance the economy toward consumption-driven growth.

Key economies in the Association of Southeast Asian Nations (ASEAN) are expected to remain resilient despite recent pressures on their financial markets and currencies. “First, countries like Indonesia and Malaysia have taken concrete steps to strengthen their fiscal positions, such as through subsidy rationalization. Second, improvements in the advanced economies should help to support the exports of ASEAN economies,” said Foong Pheng.

But risks to the global economy remain, she cautioned. In the U.S., uncertainties about the pace of tapering of quantitative easing could weigh on the financial markets and business sentiments in the short term.

In China, there could be unintended consequences as the government carries out policy adjustments to rebalance the economy, such as an excessive tightening of credit that could lead to a steep economic slowdown.

Against this global economic backdrop, Foong Pheng said the Singapore economy is expected to post modest growth of 2 to 4 percent this year.