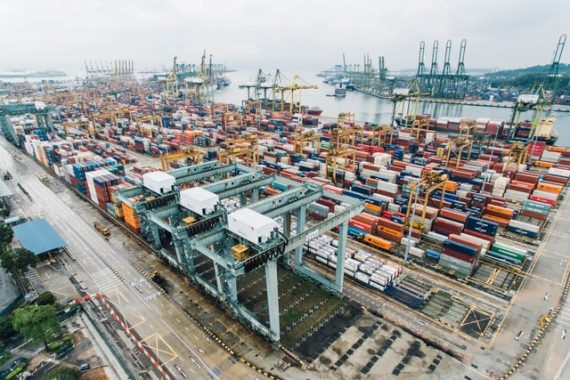 Singapore has maintained its position as the leading maritime city of the world during the pandemic and the emerging green transformation of the industry, according to “The Leading Maritime Cities of the World 2022” (LMC22).

The report, co-developed by DNV and Menon Economics, again covered five pillars—shipping centers, maritime finance and law, maritime technology, ports and logistics, and attractiveness and competitiveness—on which the maritime cities are benchmarked.

Singapore has been able to retain its position as a world-leading maritime hub due to its strength in all pillars. However, the top positions on the pillars have changed. Singapore is still number one in attractiveness and competitiveness. This year Singapore has also outperformed all other cities on maritime technology. A consistent strategy for innovation, targeting start-ups, and investment in digital technologies has paved the way for Singapore’s position on maritime technology.

However, Singapore loses its number one position in shipping centers and ports and logistics to Athens and Shanghai, respectively. On the maritime finance and law pillar, Singapore is losing some ground, going from fifth to eighth place.

Three of the top five cities are Asian, and two cities are European. Rotterdam continues to climb up the LMC ranking and takes second place this year. Although holding a 10th position on shipping and having no first position on any pillar, Rotterdam scores high on most pillars, particularly on ports and logistics and attractiveness and competitiveness.

London has also climbed from fifth to third position overall despite not having first position on any of the pillars, since New York has outranked London on maritime finance and law, said the report launched January 13, 2022.

On the overall ranking, Shanghai holds the fourth position, and Tokyo holds the fifth position. Tokyo has always performed strongly on objective indicators.

Hong Kong has lost its position within the top five on the shipping pillar and maritime finance and law, and dropped from fourth to sixth place in the overall ranking.

Athens is back on top of the shipping pillar, followed by Singapore, Tokyo, and Shanghai. Hamburg, which in previous editions has been among the top five cities on the overall ranking, has lost ground. Its fifth place on the shipping pillar is Hamburg’s only top five position this year. Consequently, Hamburg has fallen to ninth place overall.

The maritime industry is on the verge of a digital transformation, including the adoption of disruptive and innovative technologies, said the paper. These two dimensions cut across the five pillars that the cities are benchmarked on, and are particularly relevant on maritime technology.

The maritime industry experts voted Singapore, Oslo, Shanghai, and Copenhagen to be the cities best prepared for the digital transformation of the industry. Oslo has also further consolidated its position as the world’s leading center for sustainable technologies and solutions for the oceans, followed by Singapore and Copenhagen.

Looking five years into the future, the report predicts that Singapore will keep its position as the global leader, while Shanghai will grow in importance and become the second most important maritime city.

The race to be the leading city in Europe is still open, with London, Oslo, and Rotterdam as the leading contenders in this regional race. Hamburg and Athens have lost ground since 2019.

In the Middle East, India and Africa region, Dubai is the leading maritime center, and at a global level is now ranked 12th, primarily due to the split between Dubai and Abu Dhabi (both parts of the United Arab Emirates) in this year’s edition of the LMC. Dubai is expected to continue to grow in importance and is expected to take sixth place by 2027, albeit with strong competition from Hong Kong, Hamburg, and Copenhagen.

Photo by CHUTTERSNAP on Unsplash