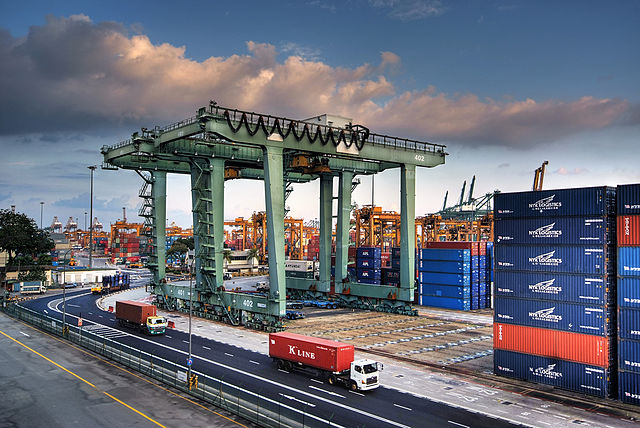 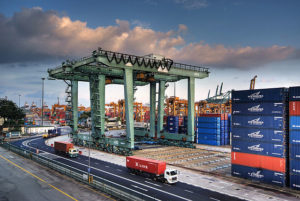 Singapore’s non-oil domestic exports (NODX) extended their decline in October year-on-year, plunging 12%, following a 5.0% fall in the previous month, due to the decrease in both electronic and non-electronic NODX, according to the International Enterprise (IE) Singapore.

NODX to most of the top 10 markets, except Taiwan, Hong Kong, and South Korea, contracted. The largest falls were registered by the EU 28, Japan, and Indonesia.

Electronic exports contracted by 6.0% in October 2016 compared to the same month last year after the 6.6% decline in the previous month. The decrease was largely due to ICs, disk drives, and telecommunications equipment.

Year-on-year, non-electronic NODX contracted by 14.6% after the 4.2% decline in the previous month, dragged down by pharmaceuticals, petrochemicals  and civil engineering equipment parts.

On a three-month moving average, NODX declined by 5.9% in October compared to the same period last year, following the 5.4% decrease in the previous month.

For non-oil re-exports (NORX), these contracted by 8.9% in October 2016 year-on-year, in contrast to the 1.2% increase in the previous month, also due to a decline in both electronic and non-electronic NORX.

Electronic NORX contracted year-on-year by 12.7% in October following the 4.4% decrease in the previous month, as ICs, telecommunications equipment, and diodes & transistors performed poorly.

Non-electronic NORX decreased by 4.3% year-on-year, in contrast to the 7.6% increase in the previous month. The decline was due to nickel, civil engineering equipment parts, and jewelry.

On a month-on-month seasonally adjusted basis, NORX declined by 0.9% in the month reviewed, following the 2.2% decrease in the previous month due to a decline in non-electronic NORX which outweighed the rise in electronic NORX. On a seasonally adjusted basis, the level of NORX reached SGD19.1 billion in October 2016, lower than the SGD19.2 billion registered in the preceding month.

NORX to all of the top 10 markets, except the EU 28, Indonesia, and the U.S., contracted. The top three contributors to the decline were China, Malaysia, and Thailand.