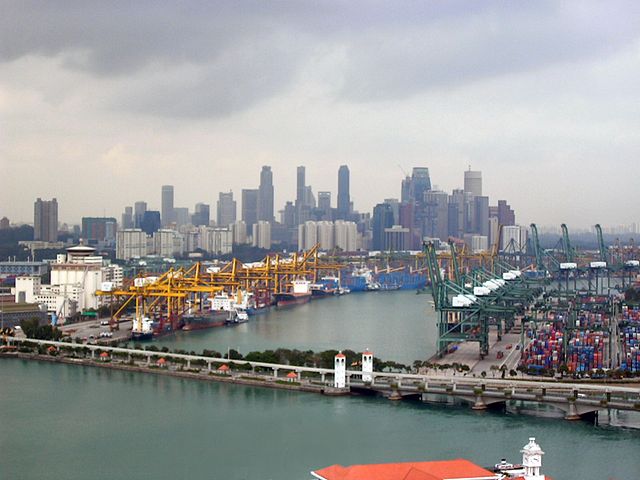 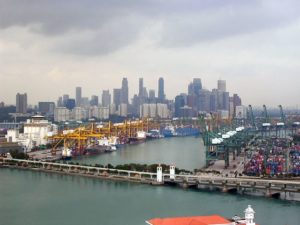 Singapore’s non-oil domestic exports (NODX) increased by an unexpected 11.6% in May 2016 year-on-year, in contrast to the 7.9% decrease in the previous month, as expansion in non-electronic exports, particularly gold, outweighed the decline in electronic shipments, according to data released by International Enterprise (IE) Singapore.

Non-electronic exports rose by 19.0% in May year-on-year, in contrast to the 8.1% contraction in the previous month. The rise was led by prefabricated buildings (growth not supplied), non-monetary gold (up 436.7%), and pharmaceuticals (up 5.6%).

Electronic exports shrank by 6.0% in the same month, following the 7.4% decline in April 2016, largely due to ICs, PCs, and parts of PCs.

On a three-month moving average, Singapore’s NODX slid by 5.0% in May year-on-year, following an 8.3% contraction in the previous month.

On a month-on-month seasonally adjusted basis, NODX rose 16.8% in May, following the previous month’s 4.5% growth, due to an increase in both electronics and non-electronic NODX. Non-oil exports reached SGD14.9 billion in May 2016, higher than the SGD12.7 billion registered in the previous month.

Electronic re-exports dropped by 7.9% in May, following the 6.7% decline in the previous month. The decrease was due to ICs, parts of PCs, and PCs.

On a three-month moving average, NORX decreased by 2.9% year-on-year in May , following a 1.6% decline in the preceding month.

On a seasonally adjusted month-on-month basis, total trade rose 5.6% in May year-on-year, following the 3.8% increase in the previous month. Overall trade reached SGD72.0 billion, higher than the previous month’s achievement of SGD68.2 billion.