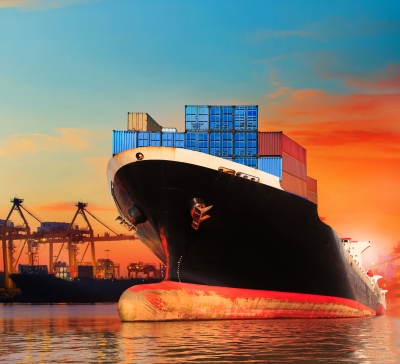 The Association of International Shipping Lines (AISL) is reiterating its request for the Philippine Ports Authority (PPA) to issue an order that will serve as guidelines for the smooth implementation of the International Maritime Organization (IMO) policy on verified gross mass (VGM) that will take effect in July.

In a follow-up letter to PPA officer-in-charge Raul Santos dated April 5, AISL general manager Atty. Maximino Cruz renewed the association’s request for the ports authority to issue guidelines, which he described as “of extreme importance”, in order to “settle and resolve conflicts/disputes involving national issues” under the new IMO policy.

On July 1, amendments to Chapter VI Part A Regulation 2 of the IMO Safety of Life at Sea (SOLAS Convention) will take effect, requiring the shipper of a packed container to verify the VGM of a container and indicate this to the carrier or port operator before the box is loaded onto a vessel.

If the VGM is not supplied, the container will not be loaded onto the vessel.

Cruz said issues “would involve, among others, the determination by your office on whether or not to apply an enforcement tolerance threshold, the possibility of imposing fines and penalties against shippers who repeatedly misdeclare the gross mass of his packed container, determining whether that office would allow a packed container to be weighed outside the port/ terminal, etc.”

He also noted that during the SOLAS forum organized jointly by Philippine International Seafreight Forwarders Association, Inc. and PortCalls on March 11, “there was a loud clamor from the participants for the issuance of Guidelines.”

“While it may be true that PPA is not the only relevant competent government authority, the fact remains that at least 70% of the country’s foreign trade, both import and export, pass through the Manila ports,” Cruz pointed out, adding “it is therefore only fitting that PPA should take the lead so that the other agencies such as the Cebu Ports Authority, SBMA (Subic Bay Metropolitan Authority), PHIVIDEC (Phividec Industrial Authority), which are governed by their respective charters, can follow.”

With barely three months to go before the IMO ruling takes effect, the AISL official said “stakeholders are in a serious quandary on how the new IMO policy can be effectively put into force given the absence of procedural and operational Guidelines.”

Cruz noted that while the PPA already has policy circulars/orders on container weighing, “It is our request however that the new PPA Guidelines should directly refer to the SOLAS amendments incorporating and harmonizing therein the previously issued circulars if still deemed applicable.”

He added that the guidelines to be issued should “clearly spell out the PPA policy on matters affected by the SOLAS amendments.”

Cruz noted that the issues requiring PPA resolution were contained in a document AISL had attached in its first letter to the ports authority on February 18.

During the March 11 SOLAS forum, Maersk-Filipinas, Inc.’s inland operations manager Maria Cecilia Bejoc said there are certain VGM issues only the competent government authority can resolve via the issuance of guidelines.

Bejoc noted that shippers, as part of the new policy, will have to include VGM compliance in their shipping cycle, especially when dealing with multiple shipping lines that have different cut-off schedules.

If the government, for example, mandates only certain entities to weigh cargoes, then shippers must take note of this to allocate time in going to those facilities, she said.

Bejoc added that shippers must “calculate possible costs” with the introduction of the VGM policy, especially if the competent government authority mandates the employment of third-party facilities.

Moreover, she noted the possibility that local guidelines could prescribe penalties for non-compliance.

The SOLAS amendment on the VGM policy was adopted in November 2014 to improve the safety of people and assets not only at sea but also inland, as the absence of an accurate weight declaration has caused accidents. An accurate weight provided in advance will allow shipping lines to prepare more reliable stowage plans and prevent accidents in ships. – Roumina Pablo