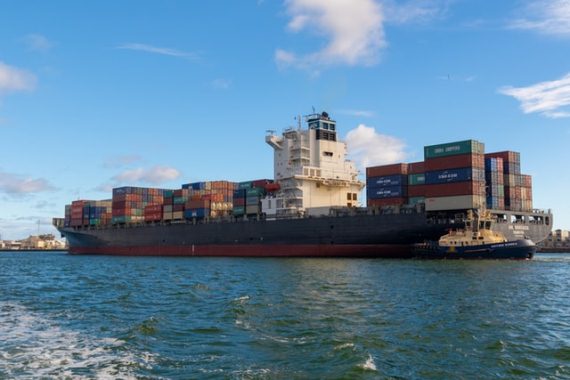 The International Chamber of Shipping (ICS) is proposing a global levy on carbon emissions from ships, in what would be a first for any industrial sector, to encourage the use of zero-carbon fuels.

ICS, the global trade association for ship operators representing more than 80% of the merchant fleet, submitted a proposal to the United Nations on September 3 calling for an internationally accepted market-based measure (MBM) to accelerate the uptake and deployment of zero-carbon fuels.

A market-based measure is a rule or legal framework that encourages a desired behavior, such as the use of low-carbon or zero-carbon fuels in shipping to limit CO2 emissions, through financial incentives.

According to papers handed to the International Maritime Organization (IMO), the UN’s regulatory body on shipping, the levy would be based on mandatory contributions by global ships exceeding 5,000 gross tonnage for each tonne of CO2 emitted.

The money will go into an “IMO Climate Fund” which will not only close the price gap between zero-carbon and conventional fuels but will be used to deploy the bunkering infrastructure required in ports to supply fuels such as hydrogen and ammonia, ICS said in a September 6 release.

“Shipping is responsible for approximately 2% of global carbon emissions and the IMO has recognised the need for urgent action to decarbonise. The industry is desperate to see zero-carbon ships brought to the water by shipyards by 2030,” it added.

“However, at current rates of production, zero-carbon fuels are not commercially available at the scale needed for the global fleet. The carbon levy is intended to expedite the creation of a market that makes zero emission shipping viable,” it added.

The Fund will calculate the climate contributions to be made by ships, collect the contributions, and give evidence they have been made. ICS hopes that it would also support new bunkering infrastructure, so that new fuels, when developed, can be made available globally and from as many ports as possible.

To minimize any burden on UN member states and ensure the rapid establishment of the carbon levy, the framework proposed by industry would utilize the mechanism already proposed by governments for a separate US$5 billion R&D fund to accelerate the development of zero-carbon technologies, which the UN IMO is scheduled to approve at a critical meeting in November immediately following COP 26.

The levy-based MBM, which is co-sponsored by INTERCARGO, comes in addition to the $5 billion R&D fund. The R&D fund, of a mandatory $2 levy per tonne on marine fuel, will be used entirely to fund the research and development of alternative zero-carbon fuels and propulsion systems.

“A piecemeal approach to MBMs, (the EU ETS will only apply to about 7.5% of global shipping emissions), will ultimately fail to reduce global emissions from international shipping to the extent required by the Paris Agreement, whilst significantly complicating the conduct of maritime trade,” ICS claimed.

Photo by John Simmons on Unsplash