All set for rail common station construction in Dec 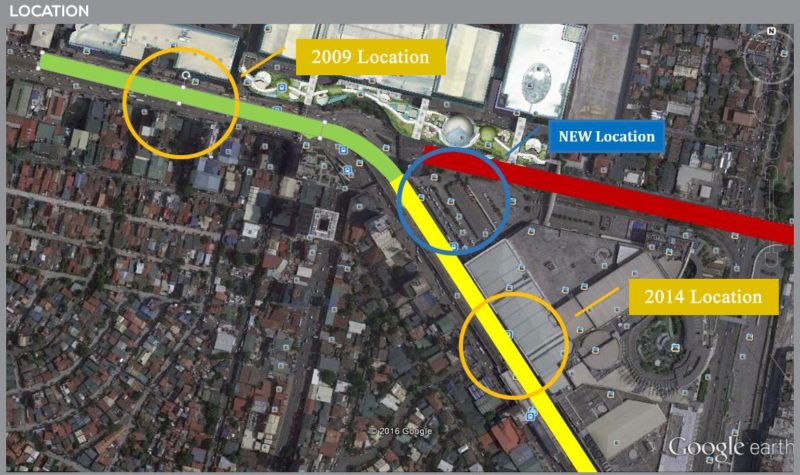 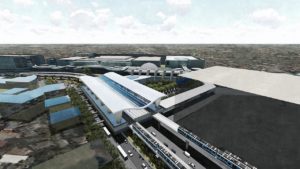 The construction of the mass transit railway Common Station project will start in December this year following the signing by the Philippine Department of Transportation (DOTr) and concerned parties of a memorandum of agreement (MOA) to undertake the long-delayed railway project.

The new Common Station is located between the original 2009 location in front of SM Annex and the 2014 location near Trinoma mall. The agreement to build the station effectively ends the seven-year impasse over the project.

The MOA is the result of discussions made after the passing on September 28, 2016 of the Term Sheet outlining the general principles of what was agreed upon, including the need to move the common station project and identify its new location.

But almost right after the agreement was inked, House speaker Pantaleon Alvarez said the House of Representatives will review the MOA to ensure construction of the Common Station is beneficial to the riding public and not merely for big business interests involved in the project.

Members of the Lower House committee on Metro Manila Development also decried the agreement for government’s “lack of consultation” with representatives of the affected district and barangays, and various citizens groups.

Committee members had moved to urge DOTr, DPWH, and LRTA to defer the MOA signing until all concerned sectors shall have been consulted.

The Common Station will cover 13,700 square meters with three essential components. Area A will hold the platform and concourse for Light Rail Transit (LRT) Line 1 and Metro Rail Transit 3 (MRT-3); Area B will have the two concourses connecting Areas A and C, an atrium (shorter connection of Area A to Area C) and a secondary walkway (longer arm connecting Area A to Area C); and Area C will contain the platform for MRT-7.

The transport department said passenger comfort and ease of transfer is the prime consideration for the project. Passengers who will transfer from Area A (Lines 1 and 3) to Area C (Line 7) will only have to walk 50 to 200 meters, depending on which end of the train they’re alighting from. The contract stipulates that the concourse can be expanded if needed. 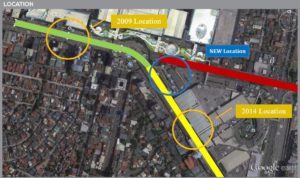 l also ensure that a defined level of service is maintained at all times by the components of the common station, said DOTr.

The target completion date for the Common Station is April 2019, as specified in the LRMC and DOTr-LRTA Concession Agreement for LRT-1.

Area A will be built and financed by the DOTr at a cost of P2.8 billion. Its operation, maintenance, and development will be split between LRMC for LRT-1, and DOTr for MRT 3.

DOTr justified the proposed P2.8 billion in government expenses to build Area A. “The DOTr is seeing this as cost of governance for passenger convenience. It is an improved and bigger station with private sector shouldering part of the cost. The initial location was approximately 7,200 sqm, the second location was approximately 2,500 sqm, while the current location is at 13,700 sqm. The size is projected to answer the future demand in passenger traffic,” it explained.

The department noted that the concept design of the Common Station project will be presented to concerned constituents, representatives, and local officials before the final design is done to incorporate concerns from various sectors.

“DOTr assures proper handling and planning of traffic impact of Common Station construction,” the department said, adding that part of the detailed engineering design process will be to put in place a traffic management plan to be approved by the Metro Manila Council and the Inter-agency Council on Traffic.

The Common Station project started in 2009 but went through legal entanglements over the issue of its location. The LRTA initially signed a 200-million deal with SMPHI to build the station in front of SM North EDSA. Five years later, the transport department decided to build the station near Ayala’s Trinoma mall. This led SMPHI to file for a temporary restraining order (TRO), which was granted by the Supreme Court in 2014.

On September 28, 2016 principal stakeholders finally signed an agreement identifying the location for the Common Station, deciding to build it between SM North and Trinoma, effectively ending the seven-year impasse over the railway project.

SMPHI, DOTr, and LRTA will file a joint manifestation advising the Supreme Court of the MOA that addresses the TRO against the Common Station project. This will allow the construction of the project to commence.

After the detailed designs are completed by the fourth quarter of 2017, an appeal to dismiss the case will be filed by all parties, paving the way for the final legal resolution of the Common Station deadlock.