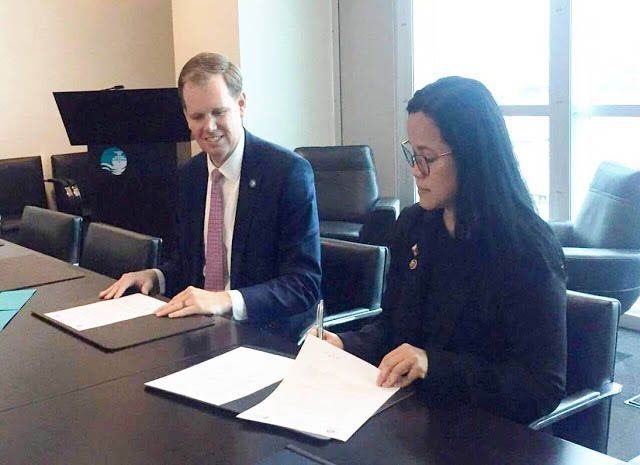 The Subic Bay Metropolitan Authority (SBMA) is networking with various ports in the United States to gain strategic knowledge and best practices for local application.

In a recent meeting with port officials in Los Angeles and Virginia Beach during a Philippine trade mission in the United States last month, SBMA chairman and administrator Atty Wilma Eisma discussed Subic’s port expansion plans and business potentials, as well as the necessary upgrades to make Subic a global maritime trade player.

Eisma also said that the plan by SBMA and the Bases Conversion and Development Authority (BCDA) to draft and integrate their master plans for the next phase of development of the Subic-Clark Economic Corridor “fits nicely in the overall design for Subic port.”

Other port-related developments from the November trade mission to the United States include the proposed use of the Port of Subic for the distribution of agricultural products.

According to SBMA Port Marketing Manager Ronnie Yambao, who joined Eisma in the trade mission, a Mexican company supplying avocado to Japan would like to use Subic’s proximity to Japan as a unique selling proposition.

Yambao added that there was also a proposal to use Subic for cacao farming and production and for eventual distribution worldwide, as well as for the shipment of US-bound commodities produced by manufacturers based in Palawan and Bicol.

Yambao added that the plan by Mober, the latest mobile app-enabled, on-demand cargo-delivery company, to launch its service in Subic Bay in June 2018 would further increase the attractiveness of Subic as a transhipment and distribution hub.