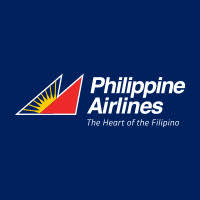 Santa Maria’s appointment took effect on July 29, the same day his election and appointment was approved by PAL’s board of directors, said PAL Holdings, Inc. in a disclosure to the Philippine Stock Exchange.

“PAL is the airline that meets the needs of local and global travelers by showcasing our brand’s main strength—the passion for safety and service,” Santa Maria said in a statement on July 29.

“Maintaining the current level of service is important and of course, profitability. Let us do our share to make PAL reach greater heights. I will be with you every step of the way,” he added.

PAL executive vice president and chief administrative officer Vivienne K. Tan said, “It is important for my father’s vision to be translated into PAL providing consistent quality service to our customers and also, the flag carrier serving as a means to contribute to nation-building. With this new leadership, we will accomplish this further.”

Prior to his appointment in PAL, Santa Maria was with the BPO industry for 15 years. He was COO of Washington DC-based BPO firm IBEX Global; COO and chief financial officer of California-based finance and accounting outsourcer IQ BackOffice; and head of corporate development of Arizona-based eTelecare.

Prior to joining the BPO industry, Santa Maria helped lead a Singapore-based internet start-up called Similan.com. He was also executive director of Argosy Partners, which was organized by Filipino business leaders in the wake of the Asian currency crisis in 1998 to be the Philippine affiliate of global private equity funds like Warburg Pincus, Chase Capital and GE Investments. He was one of the youngest general managers of Pepsi Cola Products Philippines’ Manila operations.

He was also a management consultant at Booz Allen & Hamilton in New York, where he led various strategy and operations consulting engagements for global clients like P&G, J&J, BOC of the UK, and BHP of Australia. He started his career as a management trainee in production and engineering at Unilever in Manila.

Born and raised in Mindanao, Santa Maria has a Master’s in Public and Private Management from the Yale University School of Management and a B.S. in Electrical Engineering from the University of the Philippines in Diliman.