The Renewal of Iloilo 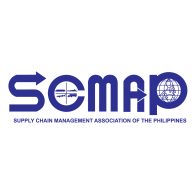 Your first impressions of Iloilo would depend on how you get there. Most likely you’re flying in, which means you’ll touch down at the new Iloilo International Airport—a modern facility, and in my nascent experience in this country’s airports, perhaps the most comfortable I’ve been in. From there, you take a drive through newly-expanded roads, first snaking through rice fields, before hitting new residential areas, and then, the city’s new business district, which new commercial developments now call home. (Or perhaps you’ll pass by the Iloilo Business Park, site of the old airport—the old control tower still stands if you look closely.)

If you’re coming by sea, though, you’ll be getting off Fort San Pedro, still the home of passengers coming in from different destinations by sea. The first thing you’ll see when you get out of its gates is a new mall, established by the company of Edgar Injap, one of Iloilo’s homegrown (although his empire definitely stretches wide across the country) business titans. Travelling along Muelle Loney you’ll see the city’s long-time locators, still doing business after all these years. You might see an old vessel or two docked along the coast. But then you look ahead and see—and sense—a city that’s poised forward and looking to take advantage of what is ahead of it.

We chose to go to Iloilo for this year’s Supply Chain Immersion in recognition of the city’s, and the region’s, booming economy. We were trying out some new things with one of our flagship events, and what better place to do so than Iloilo? We wanted to give our delegates a more immersive experience, with a rethought agenda on board our trip by sea to our host city, and tours of local businesses that can provide insight not just into supply chain opportunities and challenges, but also local experiences. Certainly Iloilo—and by extension, the whole Western Visayas region—had a lot to show us.

But beyond our scheduled stops—we visited the city’s ports; we went to the facilities of flour and feeds manufacturer Philippine Foremost Milling Corporation; we toured the Iloilo Business Park—I got a sense of what is really up in Iloilo. You can feel it, whether you’re in the old downtown (where shops still close early), or in Mandurriao, home to developments from national conglomerates like Ayala and Megaworld.

There is a stereotype that Ilonggos are “malambing” and it’s in full display as the city sees good times. Cooperation between stakeholders have gone a long way here. The local government is proactive in selling Iloilo as a good business destination, and considerable investment in infrastructure has helped them along. (Speaking at our Supply Chain Perspective event, Roni Balbieran characterized Iloilo as a guinea pig of sorts for government convergence programs.) The local business community has also been proactive, constantly working towards some sort of feedback loop where each stakeholder lets their concerns known—and listens to others, too.

I’m certain this thing happens in other cities, too. However, the impact is definitely amplified in Iloilo, a city that boomed during the heyday of the sugar trade, but saw its fortunes slide as the spotlight shifted back to Manila, and to an extent, Cebu. The cooperation has led to what I’ll call a renewal of Iloilo, one that has put both the city and the region in stronger footing as the country rides an economic wave. And the feeling in it is so infectious, I did something I don’t usually do in Manila; go on a night out, laugh with colleagues, while watching a band play somewhere in Smallville.

On that note, I would like to thank the people who helped make this year’s Supply Chain Immersion such a success. First, our sponsors, Manila North Harbour Port Inc. and the 2GO Group; our speakers and facilitators both on board and on land; and our delegates for entrusting us with their weekend (and Mother’s Day weekend at that). Finally, a very hearty thank you to our friends at the Iloilo Business Club, and to its executive director Maria Lea Lara, for the hospitality and the assistance.