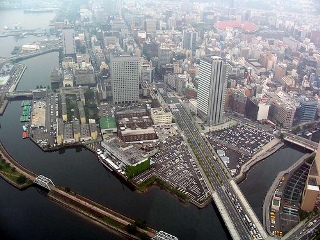 Structural reforms to protect against financial volatility are what members of the Asia-Pacific Economic Cooperation (APEC) have to formulate as risks to the global economic recovery remain palpable.

This was among the key recommendations expressed at the ongoing APEC China 2014 summit in the port city of Ningbo, China, by economists from APEC, the International Monetary Fund, and the Organization for Economic Co-operation and Development.

“An unstable economic recovery in the Asia-Pacific region requires APEC member economies to implement structural reforms despite the strengthening of industrial production, higher growth forecasts and the commitment by G20 members to ensure that monetary policy settings will be carefully calibrated,” advised analysts.

Alan Bollard, the APEC Secretariat’s executive director, explained that the sluggish growth over the last few years of exports, the traditional engine of growth in the APEC, has significantly dampened recovery in the region.

“Changes to the composition of exports, supply chains, middle income demand and services growth will inevitably change the nature of trade flows within APEC,” Bollard said. “We have observed that, increasingly, domestic demand is becoming a primary driver for growth in many APEC economies.”

There are downside risks to growth, including the possibility of portfolio reallocation, lower investment, and financial disruptions.

While the region’s growth is expected to accelerate at a faster pace in 2014, APEC is now at a critical juncture where economic restructuring is needed to secure the region’s recovery.

“APEC growth in recent years has been driven by increased capital formation,” stated Quynh Le, an analyst with the APEC Policy Support Unit. “Despite this, a slowdown in labor productivity restrained the APEC region from reaching its full growth potential.”

“It is vital for APEC economies to take action to transform investments into higher productivity,” she added.
The APEC Economic Committee is considering recommendations for reform in developing APEC economies, such as monetary tightening, improving fiscal buffers, and accelerating structural reform by addressing bottlenecks in infrastructure, reform, and fuel price subsidies.

Some developed economies have expressed interest in dealing with export stagnation by enacting structural reforms that encourage imports, value-added manufacturing, and innovation, she added.

The recent announcement from the G20 to raise collective GDP growth by 2 percent higher than the current trajectory implied by current policies over the next five years sets a target for the global effort to increase investment, lift employment and participation, enhance trade and promote competition, in addition to macroeconomic policies.

“In the near term, achieving balanced, sustainable and inclusive growth will require APEC to enhance our innovative capacity through greater research and development and improving the business and regulatory environment and ultimately the overall productivity in the region,” concluded McLeod.