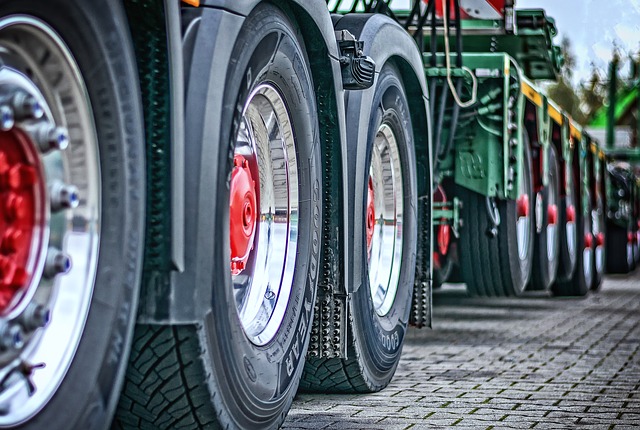 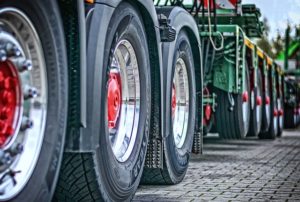 The Port Users Confederation of the Philippines, Inc. (PUCP) recommends amending the implementing rules and regulations (IRR) of the Anti-Overloading Act to allow truckers to comply with the law once the Department of Public Works and Highways (DPWH) enforces it in 2019.

Specifically, PUCP suggests increasing the maximum allowable gross vehicle weight (MAGVW) for truck types 12-2 and 12-3, the most commonly used trucks for carrying cargoes in the Philippines.

PUCP’s recommendation is in response to DPWH’s statement last month that it expects truckers to comply with the law by next year, as the moratorium enforcing the anti-overloading policy on truck types 12-2 and 12-3 finally expires on December 31, 2018.

Previously expected to end on June 30, 2018, the moratorium relating to trucks coded 12-2 and 12-3 has been continuously extended since 2013 on repeated requests from truckers.

PUCP president Rodolfo De Ocampo, in a meeting with other port stakeholders and concerned government agencies, said implementing the law will cause the pile-up of undelivered laden containers at ports.

This will in turn delay the delivery of raw materials to manufacturing plants, as well as finished products to local and international markets, which could further increase the country’s inflation rate due to scarcity of supplies. Further, De Ocampo said, trucking and manufacturing plant personnel will be affected.

The issue of the MAGVW, along with the issues of perennial traffic congestion on roads to the port, the truck bans, and the delays in the turnaround of trucks stemming from the difficulty in returning empty containers due to the “unavailability of shipping lines’ container yards,” will all contribute to port congestion, De Ocampo stressed.

He said the “looming port congestion” next year due to these factors is the reason PUCP called for a meeting to look for measures to address these problems.

Another option, De Ocampo said, is for the Department of Trade and Industry (DTI) to issue a department order limiting the weight of import laden cargoes to 24 tons so the container, together with the truck weighing 16 tons, can comply with the 42,000 kg limit.

De Ocampo acknowledged, however, this will be “cumbersome and inconvenient on the part of importers,” as containers will have to be stripped of their cargoes at the ports if they exceed the weight limit.

DPWH Planning and Design Division-Traffic Management chief Carolyn Leyesa, during the meeting, explained that the public works department considered how to preserve the country’s roads when it computed the maximum allowable GVW under the IRR of Republic Act (R.A.) No. 8794 (An Act Imposing a Motor Vehicle User’s Charge on Owners of all Types of Motor Vehicles and for Other Purposes).

If the IRR is to be amended, Leyesa said DPWH will first have to go through another round of computation and study with other government agencies.

Public Works Secretary Mark Villar earlier reiterated the importance of complying with R.A. 8794 since accidents and early damage and deterioration of road pavement are attributed to overloaded vehicles.

Bureau of Customs (BOC) Deputy Commissioner Edward James Dy Buco, during the same meeting, said BOC will lead the creation of a technical working group (TWG) to discuss PUCP’s concern. He noted that BOC, in a recent stakeholders’ summit it organized, already noted this concern of truckers. The customs agency said recommendations during the summit will be discussed in meetings by an interagency body to be formed to handle concerns of port and customs stakeholders.

Aside from PUCP, the Confederation of Truckers Association of the Philippines (CTAP) had also suggested amending R.A. 8794’s IRR so truckers could finally comply.

The group noted that the proposed increases will be the same weight if the basis of apprehension will still be the 13.5 tons per axle on codes 12-2 and 12-3.

It pointed out that the current MAGVW for both codes under the revised implementing rules and regulations “failed to consider that the average weight of containers arriving in the Philippines is around 30,000 to 36,000 kg.”

If the minimum weight is added to the tare weight of the tractor head and trailer, which averages 15,000 kg, the total weight would be 43,500 kg–already an automatic violation of the law, CTAP explained.

It added that even if truckers acquired equipment to comply with the law but the MAGVW for codes 12-2 and 12-3 remains the same, “the problem of overloading will still persist.”

Aside from a higher MAGVW, the group is proposing the mandatory weighing of cargoes inside port premises, and honoring or recognizing the results “in order that overloaded container cargo that exceeds the maximum weight shall not be permitted to exit the port premises.”

The group said that if the MAGVW for codes 12-2 and 12-3 is implemented, 80% of containers coming from the Manila port “could no longer be transported which would put to naught the effort of the government to facilitate a seamless and sustainable mobility of container cargoes at the Port of Manila.”

CTAP said that while truckers want to comply with R.A. 8794 and recognize its noble intention, the majority are “not financially ready to purchase new trailer units” due to the economic slowdown and spiralling cost of trucking operations. – Roumina Pablo