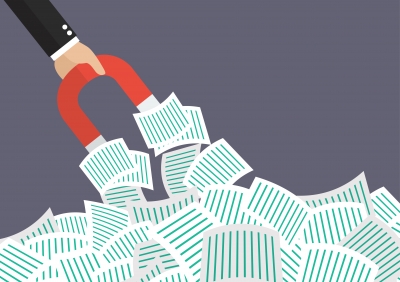 The Development Academy of the Philippines (DAP) is gearing to implement its first batch of recommendations that seeks to reduce the regulatory burden of stakeholders in five industries in the country, including the land and sea transportation sectors.

DAP, under its Modernizing Government Regulations (MGR) program, has identified the key recommendations for improving the business regulatory environment in the country, based on the series of consultations held with stakeholders in the transportation (sea and land), food, and tourism industries.

The five-year MGR seeks to reduce regulatory burden by 25% by 2020 by enhancing the national regulatory infrastructure and developing mechanisms to improve regulatory quality and coherence. This is to make the Philippines more appealing to investors, encourage competitiveness in the industry, streamline processing of documents, and cut red tape.

DAP Productivity and Development Center vice president Arnel Abanto said that once the recommendations are finalized, DAP will coordinate with the concerned government agencies to craft the supporting issuances and orders. Agencies involved in the consultations have already made changes to their rules based on the output from previous consultations, Abanto noted.

He added that recommendations under the MGR are scheduled to be presented the program to the Cabinet. MGR is supported by the Department of Budget and Management, National Economic and Development Authority (NEDA), Department of Trade and Industry, and National Competitiveness Council (NCC), which will all play key roles in implementing the program. The project is also to be funded by the government through the General Appropriations Act.

Since  modernizing government regulations is also one of the country’s commitments to the Asia-Pacific Economic Cooperation, the MGR will likewise be presented at an APEC meeting in March next year.

Abanto said they are targeting to see results from the program within the next six months. For the preliminary requirements of the initial five industries, 36 regulatory agencies, excluding local government units, and 130 regulations are already involved.

Additionally, NEDA is looking to create a single body to review the regulations of the country’s regulatory agencies, as well as create an online portal providing the public access to information on how to open, operate, and close a business.

Abanto noted that some stakeholders have shown interest in coordinating with DAP to tackle other regulatory burdens in their industry.

For next year, DAP aims to expand the program to cover supply chains and value chains, and to see what regulations and regulatory agencies are involved in the flow of goods and information in these fields.

Final recommendations include adopting a single business ID that can be verified and authenticated online with the issuing authority and allowing online access to their database; implementing a harmonized Business Regulation Information System (BRIS), a portal providing government rules and procedures for businesses; designating an office within a department as the focal point for entertaining applications and retrieving permits and licenses issued by attached agencies; requiring an expanded citizen’s charter and integrating it with the BRIS; and extending the validity of permits and licenses, among others.

For the sea transport industry, final recommendations include eliminating the common carrier tax; revising the Philippine Ports Authority (PPA) regulation on the use of harbor pilots; reducing number of hard copies of inward foreign manifests (IFM) and the number of signatories to IFM; reviewing the Bureau of Customs (BOC) underguarding regulations and fees; and reviewing the PPA charter and establishing its role as regulator.

For land transportation, suggestions include removing the requirement for trucks to secure a certificate of public convenience and instead to just pay an administrative fee to replace franchise; using the verified gross mass of containers as the basis for the Philippine anti-overloading law; reviewing the effectiveness of truck bans and considering a synchronized policy on truck lanes; reiterating the Department of Interior and Local Government memorandum circular on pass-through fees levied on trucks and monitor its implementation; and harmonizing requirements for trucks servicing economic zones. – Roumina Pablo