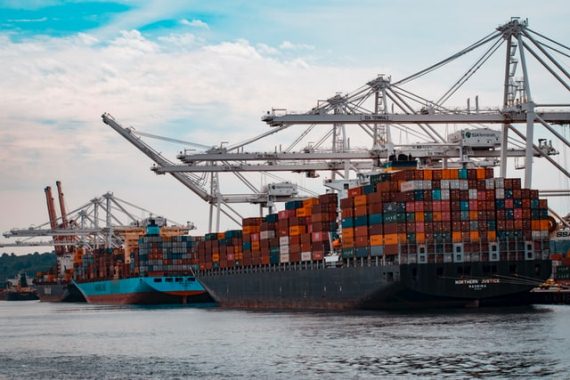 The boom in the container shipping market is continuing with no sign of abatement in the near term, as container freight rates on some routes are close to US$13,000 per 40-foot container, which almost guarantees record profitability for carriers this year, according to a new Drewry Maritime Financial Research (DMFR) report.

However, the DMFR Insight added that, if the recent disruption at Yantian Port is to be considered, port congestions, logjams and a higher freight as an outcome could be a recurring theme until the first half of 2022.

And while the blockage of the Suez Canal is a rare likelihood, the risk of further outbreaks of Covid close to major hub ports remain ever present, particularly given the prevalence of new viral variants.

The more than 10 container shipping operators covered in the report all showed gains in the second quarter and on a year-to-date basis as of July 15, said the report published earlier this month.

The three Taiwanese carriers Yang Ming, Wan Hai, and Evergreen stood out for their gains in the second quarter of this year and on a year-to-date basis.

Yang Ming saw robust revenue growth of 131% in the second quarter year-over-year on the heels of 80% year-on-year growth in the first quarter of 2021. Citing its record profitability and rising charter costs, the company recently ordered new vessels to expand the fleet. Yang Ming expects to take delivery of nine 11,000 twenty-foot equivalent units (TEUs) ships by 2022.

Wan Hai has also seen strong growth and profitability, and has been on a vessel buying spree and been one of the fastest growing carriers in terms of percentage growth in the fleet. Recently it has added 12 ships of 3,100 TEUs, to be built by Nihon Shipyard/Japan Marine United and to be delivered by mid-2023. This brings the carrier’s large orderbook to 46 units, totalling 262,000 TEUs, representing 63% of its current fleet.

Evergreen generated an earnings before interest and taxes or EBIT margin of 49% in the first half of this year compared to just 1% in the first half of 2020 and recently posted a robust second quarter 2021 revenue growth of 127% year-on-year. In addition, Evergreen has continued to calibrate its fleet mix towards more modern and fuel-efficient vessels, all of which provide long-term benefits in the form of fuel cost savings and better vessel economics.

Meanwhile, Korea’s HMM, one of the rising stars in Asia, has also signed newbuilding contracts with Daewoo Shipbuilding & Marine Engineering Co. (DSME) and Hyundai Heavy Industries for 12 ships of 13,000 TEUs for $131 million each in a quest to reach the target of 1 million TEU capacity by 2022, said Drewry.

The other liners that did well in the first six months of the year included Regional Container Lines and Zim, which, like the others mentioned, also posted strong profits and issued robust market outlooks.

Maersk’s ascendancy, meanwhile, has been slow and steady, noted Drewry. It intends to have the first methanol-powered containership in service by 2023.

On June 22, Hapag-Lloyd announced a new order for six ultra-large container vessels with DSME for scheduled delivery in 2024, similar to the one done in December 2020. The vessels will also be dual-fuel engines (LNG and conventional fuel). The capital expenditure of $1 billion will be partially financed via a green bond of $843 million. The order is equivalent to around 5.2% of Hapag-Lloyd’s current capacity and will be used for replacement and market growth, as well as to help decarbonization targets.

Hapag-Lloyd’s other European peer, CMA CGM, has expanded its inland transport by offering $30 million acquisition of container block train operator Continental Rail of Spain. The purchase is expected to be completed by the third quarter of this year.

Photo by Andy Li on Unsplash