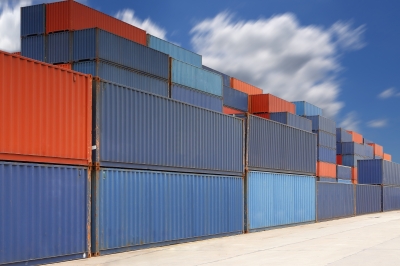 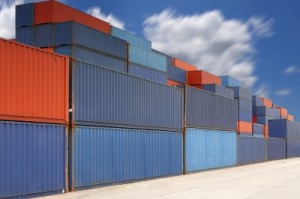 Port stakeholders welcomed Philippine government moves to address the issue of port congestion but said it would take many months and much work before the situation returns to normal.

With prices of commodities skyrocketing as a consequence of the Manila truck ban and the port congestion that has ensued, government agencies on June 27 – or four months after the ban took effect on Feb 24 – finally laid out a course of action for decongesting Manila ports. These include:

An executive committee that will monitor developments on port decongestion will be set up, with the DOF, BOC, DTI, PPA, Metropolitan Manila Development Authority, LTFRB, and the Department of Transportation and Communications (DOTC) as members.

Moving forward, the executive committee will outline strategies to address the issue in the long-term, “bearing in mind the economic interests of the Filipino people”.

The 30-day seizure of overstaying cargoes is already under provisions of the Tariff and Customs Code of the Philippines but is not always implemented. BOC deputy commissioner for Assessment and Operations Coordinating Group Atty. Agaton Teodoro Uvero told PortCalls the agency will have “strict” implementation of the provision to help decongest the ports.

Dominador De Guzman, director of the Port Users Confederation, said the outlined government measures will help but “another significant step is to find container yards for empty containers as one way to decongest the piers.”

Supply Chain Management Association of the Philippines president Arnel Gamboa concurred that container yards in Metro Manila can no longer accommodate the high volume of empty containers. “They can’t. Laden pa lang puno na (Yards are already full with just the laden containers). That’s why MICT closed the ECD (empty container depot). It’s becoming chaotic. Government appears not doing enough to ease the current tensions and conflicts but plays a one-sided story — to just opt for Batangas. Not sure if they have study to support all these decisions and consider consulting the private sector,” Gamboa told PortCalls in a text message.

He said the delays in cargo delivery has affected the prices of agriculture products. “This is directly associated. Some economists don’t agree though,” he pointed out, adding that the environment the government is providing is “not really conducive to business and, more importantly, to potential investors.

Port congestion has also translated to more ships waiting to berth at the Manila International Container Terminal and South Harbor, which according to reports is now at an average of six vessels at any given day.

Since last weekend, there have been no new reports of additional vessels omitting Manila ports, according to Leo Morada, CEO of the BOC-accredited value added service provider Cargo Data Exchange Center.

But this is because “some shipping lines already informed us as early as May that several vessel services to Manila will be temporarily cancelled on a short-term basis”.

SCMAP’s Gamboa noted that at the “end of the day, everyone has to accept the fact that logistics is the pulse of the economy. If logistics does well, so will the economic indicators and vice versa. In many economies, once goods movement is stifled, commerce would not flow.”

Turnaround of trucks remains at 72 hours, according to Confederation of Truckers Association of the Philippines president Ruperto Bayocot, mainly due to the problem of returning empty containers.

Bayocot told PortCalls, “all CYs within Manila are fully utilized”.

Gamboa agreed with earlier reports quoting truckers that it would take three to six months to normalize the situation, even with the opening of the express trade lanes. But if the ban is temporarily lifted, the situation could perhaps normalize in two months, he said.

He described the entire transport situation as “a big mess.”

“It is painful to see that government doesn’t realize this after several months of backlogs with freighters even missing their berthing schedules.

“I’m afraid if we are to compare the government to a doctor who is diagnosing his patient (port congestion), this is clearly leading towards malpractice. I just hope we don’t enter the ICU”, Gamboa said.

Nelson Mendoza, director of the United Portusers Confederation (UPC), said the government moves “are all great, if implemented.”

However, he said, “everybody knows the root cause of the problem–if the truck ban can be removed temporarily until ports get back to normal, then our present problem can be solved.”

He added a status quo on other transport policies, including the increase in penalties for illegally operating public utility vehicles (locally known as colorum), including trucks for hire, is needed to normalize the situation.

Dan Lachica, president of the Semiconductors and Electronics Industries in the Philippines, Inc. (SEIPI) said the measures will help but that they are only meant to “reduce build up of current deliveries”.

He noted, “We still need to decongest the port of the backlog”.

Lachica said there are still some SEIPI members that would intermittently shut down operations due to delays in delivery of raw materials.

Ma. Flordeliza Leong, Philippine Exporters Confederation, Inc. vice president for advocacy, said the measures “are certainly helpful”, but that “hopefully, the PPA can also open up Roads 1 and 2 as access road for trucks.”

Stakeholders say there are also willing to operate on weekends if needed to help ease the backlog in the ports.

“Yes of course anything that would speed up the process,” Gamboa said.

Lachica said SEIPI members already operate 24/7, while Leong said exporters “will operate on weekends and holidays if their shipments are urgent.”

UPC’s Mendoza pointed out that other sectors, including forwarders, already operate on weekends since they are “only following clients’ (demands).”

Meanwhile, SCMAP’s Gamboa said “Batangas remains unattractive to users, both shippers and shipowners” due to “very high cost and low volume of business there.”

He said, “Forcing everyone to transfer to Batangas without firm transition programs will worsen the situation. No railway yet from Manila to Batangas and vice versa. Also government needs to subsidize higher cost to call Batangas for ship owners and cost of prime movers for shippers.”

“My take is that Batangas is simply not the short-term solution. They want to create Rome overnight, which is not really possible. The next few steps would be critical in steering the logistics industry in the right direction rather than (bringing it to) the final destination of journey—i.e. Batangas.” – Roumina Pablo