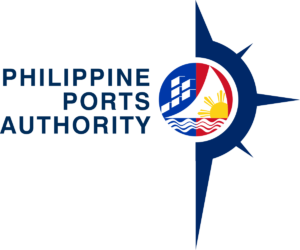 The Philippine Ports Authority (PPA) is looking to finally push through with the bidding of six ports within the first quarter of the year, using the parameters for awarding port management contracts under its new terminal management policy.

These ports are Tabaco, Ormoc, Legazpi, Surigao (baseport), Puerto Princesa, and Nasipit, according to PPA general manager Atty. Jay Daniel Santiago. PPA was supposed to bid out at least two of the ports by the end of 2019 but was not able to do so.

READ: PPA may start bidding out port contracts under new guidelines by Nov

The target, Santiago told PortCalls in a recent chance interview, is to start the bidding for all six ports at the same time within the next two months. He added that PPA eyes bidding 10 port projects every year. But this will still depend on the capability of its bids and awards committee to conduct the bidding, as there are certain factors to consider in making the terms of reference, such as the cargo traffic, revenue, development plan, and minimum guarantee.

PPA in 2019 issued the guidelines for the adoption of a uniform procedure in determining the minimum concession fee and variable fee for contracts. The guidelines are contained in the Port Terminal Management Regulatory Framework (PTMRF) under PPA Administrative Order (AO) No. 03-2016.

Earlier, Santiago said PPA aimed to finalize the new tariff structure before bidding out the port projects so that the new system could be embedded into the port contracts.

The six ports will be the first to undergo bidding under the PTMRF, as embodied in PPA Administrative Order (AO) 03-2016, which outlines the guidelines for awarding terminal management contracts. The framework seeks to promote private sector participation in port operations in order to provide higher quality service and reduce the agency’s administrative burden.

Under the new port terminal framework, concessions will be performance- or outcome-based, instead of based on the investment or the number of equipment or facilities to be provided by the concessionaire.

Under AO 03-2016, investments in ports were to be categorized into six tiers, ranging from a fully private concession to a fully PPA-managed port, to make it easier to determine the investment arrangements of a port. However, PPA last January 8, 2020 published AO 16-2019, which amended the investment categories and reduced them to three tiers only.

The six initial port projects will all be in Tier 3, the arrangement being that the contractor will be responsible only for investments in aboveground fixtures and mobile-handling equipment for a concession period of 15 years. The rest of the investments, such as physical undersea and landside infrastructure, will be placed with PPA.

Aside from port projects under the PTMRF, Santiago said PPA will also continue its modernization projects for other ports, depending on how much investment these ports need and the services required by users.

On the administrative side, Santiago said the port authority will continue to capacitate its personnel and fill in around 600 vacant plantilla positions currently.

Non-port facilities such as IT-capability systems will also be put in place, and unutilized assets will be used. – Roumina Pablo

Facebook
Twitter
Pinterest
WhatsApp
Previous articleSupply Chain Trilogy looks at future of cold, digital supply chains
Next articleICAO: airlines could lose up to $5B in gross revenues from COVID-19

The Philippines and Indonesia are set to sign a memorandum of understanding (MOU) on Halal cooperation that will facilitate trade of Halal-certified goods...
Read more
Aviation