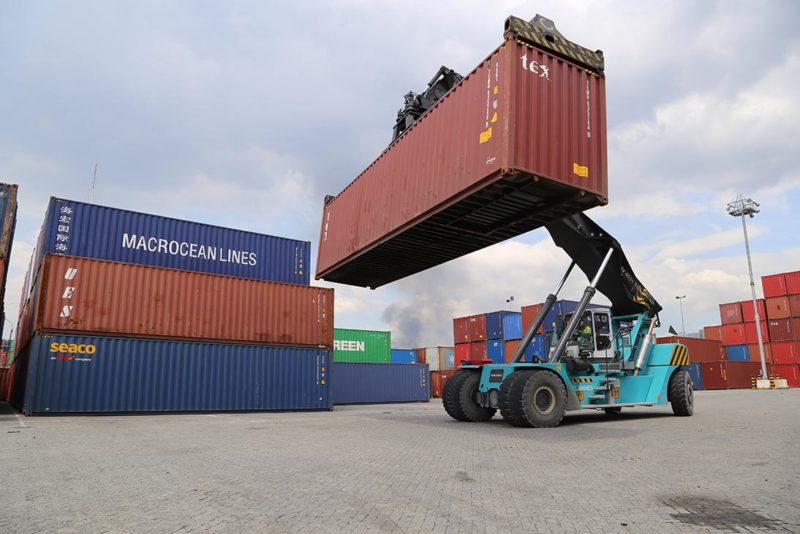 Effective April 5, the guidelines are spelled out in PPA Administrative Order (AO) 02-2019 and are meant to promote optimal terminal efficiency and address high import dwell time in a bid to manage “increased trade and demand for cargo clearance facilitation at MICT and MSH.”

AO 02-2019 was issued after PPA, the Bureau of Customs (BOC), Association of International Shipping Lines (AISL), and terminal operators Asian Terminals Inc. and International Container Terminal Services, Inc. signed a manifesto on March 15 that compels the transfer of overstaying Customs-cleared containers at MSH and MICT to container depots.

AO 02-2019 also follow a PPA notice to the public published on March 1 that directs all importers, consignees, cargo owners, and shippers to withdraw within 15 days—or until March 15–from MICT and MSH their BOC-cleared containers to free up space in these ports.

MICT and MSH have recorded high yard utilization in the last few months due to a number of factors, including overstaying of import cargoes. According to the March 15 manifesto, the imbalance of inbound and outgoing containers “has led to the exploitation of Philippine ports, such that various industry sectors use the space thereof for the storage of their containers.”

In a phone interview with PortCalls, Transportation Undersecretary for Maritime OIC Fernando Juan Perez encouraged importers and cargo owners to immediately release their cleared containers so as not to incur additional costs in the transfer to designated depots. He pointed out storage charges in inland container depots are actually the same as those in Manila ports and thus not cheaper.

AO 02-2019 applies to all imported goods, whether containerized or not, which remain within the premises of MSH, MICT, and their designated ports beyond the PPA-prescribed free storage period (FSP) or approved extended FSP, and which have been cleared by the port authority and other government agencies, such as BOC, for delivery and/or withdrawal by the importers or their authorized representatives.

Import cargoes are given a five-day FSP after the day the last item of cargo is discharged from the carrying vessel, according to PPA Memorandum Circular No. 13-2014.

AO 02-2019 also applies to all cleared import cargoes which remain inside the port for more than 30 days from discharge.

The order noted that a shipment cleared for delivery and/or withdrawal refers to an import cargo that has been released through BOC’s Online Release System (OLRS).

An import cargo can only be transferred if it has been discharged from MICT and MSH with a corresponding release via the OLRS, and if it has incurred a dwell time of 30 days.

Beforehand, the terminal operator must prepare a list of import cargoes for transfer to the designated port and submit the same to PPA. The operator has also been tasked to adopt a priority system for identifying import cargoes to be transferred “in relation to keeping the terminal yard at optimum utilization and shall inform PPA of such data on a regular basis.”

The terminal operator must regularly submit a list of designated ports for the information of PPA and all importers. It will also, prior to the transfer, prepare and submit to PPA a schedule of the transfer, with a copy provided to BOC.

The terminal operator will primarily be responsible during the transfer, assuming all costs, risks, and damages. It will ensure all import cargoes in transit are properly insured and equipped with an appropriate tracking and monitoring system.

Once the transferred import cargo arrives at the designated port, the terminal operator will provide not later than 10 a.m. a daily transfer report to PPA Port Management Office-South Harbor, under whose jurisdiction MSH and MICT fall.

The release of the transferred import cargo from the designated port will be covered by a corresponding gate pass issued by the terminal operator, and all applicable handling, forwarding, and storage charges must be paid or settled at the designated port.

AO 02-2019 notes that all charges to be incurred in the transfer, including transportation, examination and re-scaling before, during, and after the transfer, will be borne by the terminal operator. This shall be without prejudice to the right of the terminal operator to collect from the cargo owner, importer, consignee, or from their respective agents or customs brokers, the applicable transfer costs, port and terminal fees, and other charges.

Before import cargoes are released from the designated port, and subject to the terminal operator’s existing contract with PPA, all charges and fees accrued while the containers were in the premises of MSH and MICT, such as storage and penalty charges, will be paid by the owner, importer, consignee, or their respective agent or customs broker.

The terminal operator will ensure the computer systems installed and/or available at MICT, MSH, and the designated ports will be used for the documentation, inventory, records keeping, and audit trail of all import cargoes transferred, including their subsequent disposition and/or release.

In case of damage, loss, or pilferage, the amount of the liability shall be determined by the bill of lading (B/L) or other transport document evidencing a contract of carriage.

The terminal operator (or any other party for whom the terminal operator is responsible) is entitled to avail itself of the defences, limitations, and exclusions or liability, which are available under the B/L or other transport documents evidencing a contract of carriage issued for the cargo that is subject of the transfer.

The transfer arrangement will be secured by a bond to cover the terminal operator’s liability.

Under AO 02-2019, PPA “reserves the right to sell for accrued charges any cargo or equipment which is abandoned by shippers, consignees, owners or agents, after notice has been delivered or mailed to interested parties.”

PPA will comply with the notice requirements prescribed by law on abandonment of goods. If the notice is sent by registered or certified mail to the last address provided to PPA, notice shall be deemed delivered on the date of receipt or three days after the postmark, whichever is earlier.

Interested parties, however, remain liable to the PPA for all accrued charges, and all costs and expenses of selling or appropriately disposing of the property, less any sales proceeds received by PPA should it decide to sell the property.

Abandonment of cargo deemed hazardous under existing laws, rules, and or regulations is forbidden, according to AO 02-2019.

Any party abandoning, failing or refusing to remove cargo or equipment after notice will “indemnify and hold the Authority [PPA] harmless from any and all claims, suits, damages, injuries to persons or property, civil or criminal fines, or legal, regulatory or administrative proceedings resulting from the presence of the cargo or property on the Authority premises or the Authority’s sale or disposal of the same.”

If any legal, regulatory, or administrative proceedings are necessary because of the failure to remove property after notice has been given, AO 02-2019 says the interested party or parties are liable to PPA for all legal costs and expenses arising from this failure, including attorney’s fees incurred.