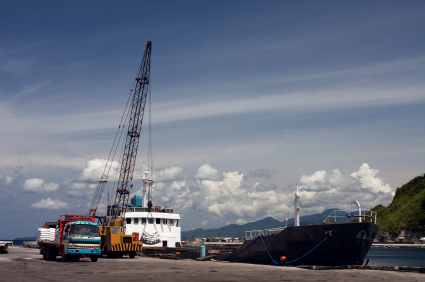 Domestic shipping lines have only until March 15, 2021 to file for refund of dockage and lay-up fees they had paid during the period December 1, 2020 to January 28, 2021, according to the Philippine Ports Authority (PPA).

The refund will be based on transactions made within the covered period, but the claim will be consolidated and filed per shipping company/operator, according to PPA Memorandum Circular (MC) No. 03-2021, which took effect on February 14.

MC 03-2021 provides guidelines on the refund of dockage and lay-up fees that were paid from December 1 to January 28.

After March 15 refund claims will no longer be accepted.

The refund is for waived dockage and lay-up fees of domestic ships that had called ports under PPA jurisdiction during the covered period. The waiver of such port fees is a form of assistance extended by government to help reduce adverse effects of COVID-19 on the domestic maritime industry.

PPA earlier said it would utilize P250 million from the budget of the Department of Transportation (DOTr) to subsidize collection of domestic dockage and lay-up fees. The P250 million is part of the P9.5-billion standby fund allocated to DOTr, PPA’s mother agency, under RA 11494.

Of the P9.5 billion budget, P2.6 billion will be used to assist critically impacted businesses in the transportation industry.

To avail of the assistance under PPA MC 02-2021, shipping companies or operators must be a holder of a valid Certificate of Public Convenience, Provisional Authority, or Special Permit issued by the Maritime Industry Authority.

They must also be a holder of a valid accreditation certificate issued by PPA.

Shipping companies/operators that have pending applications for accreditation are eligible, unless these applications have been denied by PPA.

The financial assistance will be on a first come, first served and per vessel, per transaction basis.

Bayanihan 2, signed on September 11 and in effect until December 19, 2020, sought to fast-track Philippine recovery from the COVID-19 pandemic fallout. When RA 11519 was signed last January 6, it extended the availability of funds appropriated through Bayanihan 2 until June 30, 2021.

Bayanihan 2 effectively extends the validity of the government’s COVID-19 programs and interventions under RA 11469, or the Bayanihan to Heal as One Act, whose validity lapsed in June 2020.

Under Bayanihan 2, DOTr and other authorized agencies are directed to assist critically impacted businesses in the transportation industry, including transport cooperatives.

This assistance includes providing grants for applicable regulatory fees for a period of not more than six months.

Domestic carrier organization Philippine Liner Shipping Association (PLSA) last year requested government assistance from DOTr and Department of Finance, saying their operations had been significantly impacted by lower cargo volumes as a result of restrictions imposed since mid-March to mitigate the effects of the pandemic.

Philippine Inter-Island Shipping Association, of which PLSA is a member, also wrote to DOTr asking government to waive port charges for ships and suspend the two-day storage period for domestic cargoes as their operations had been undermined by restrictions brought about by community quarantines.

PPA general manager Jay Daniel Santiago earlier acknowledged that domestic shipping lines had “suffered so much losses” as they continued to operate even when cargo and passenger volumes were not enough to sustain daily operational expenses. – Roumina Pablo

Cargo volumes are expected to grow by 7% this year, and by 1% and 3% by 2022 and 2023, respectively Philippine Ports Authority...
Read more
Aviation