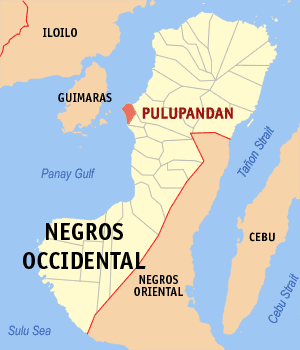 The Philippine Ports Authority (PPA) is seeking bidders to manage the ports of Fort San Pedro in Iloilo and Pulupundan in Negros Occidental. Each contract will cover a 15-year period.

PPA is also rebidding the concession contract for Pulupandan port, whose first bidding in August was declared a failure after withdrawal of the lone bidder.

For Fort San Pedro, the minimum concession fee is P893.329 million, with a minimum fee of P41.399 million for the first year of the contract.

All concession fee amounts are exclusive of all taxes. Bids below the minimum concession will be automatically rejected.

A pre-bid conference for the port projects will be held on October 4. Deadline for submission of bids is October 18, also the date of the opening of bids.

Fort San Pedro is a baseport under the port management office (PMO) of Panay/Guimaras that handles domestic cargoes. For the first half of 2021, Fort San Pedro port handled 7,069 metric tons (MT) of cargoes and 15,307 twenty-foot equivalent units of containers, and serviced 24,434 Ro-Ro ships and 34 vessels.

Pulupandan port, which is under the PMO of Negros Occidental/Bacolod/ Banago/Bredco, is a small port that also handles domestic cargoes. In the first half of 2021, it handled 15 ships and 8,213 MT of cargoes.

Bidding will be conducted through open competitive bidding procedures using non-discretionary pass/fail criterion as specified in PPA Administrative Order (AO) No. 12-2018, as amended.

The guideline aims to ensure port services meet global standards and the selection of port terminal management contracts is competitive and transparent.

PTMRF, provided under AO 03-2016, seeks to provide higher quality port service by promoting private sector participation. Under this framework, investments in ports are to be categorized into six tiers ranging from a fully private concession to a fully PPA-managed port, to make it easier to determine the investment arrangements of a port.

PPA general manager Jay Daniel Santiago earlier said they are privatizing operations of ports managed by PPA. Including the previous ones already bid out, Santiago said the target is to bid out a total of 25 port terminal management contracts before the end of the current administration’s term next year. – Roumina Pablo