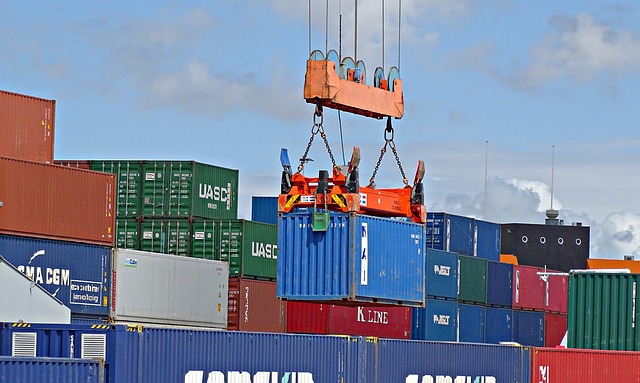 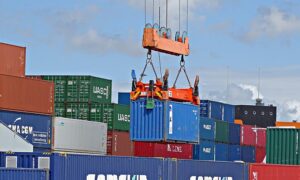 The Philippine Ports Authority (PPA) is proposing to prescribe arrastre rates on empty containers handled at the international ports of Manila and Batangas. The ports authority is also eyeing arrastre, stevedoring, and storage charges on out-of-gauge (OOG) cargoes handled at ports under its jurisdiction.

In a presentation during an online public hearing for invited stakeholders on October 1, PPA said the existing schedule of cargo-handling rates for import and export cargoes handled by Manila South Harbor and Manila International Container Terminal (MICT) does not contain any rate for arrastre services on empty container pursuant to PPA Memorandum Circular (MC) No. 11-89. No arrastre for empty containers is also collected at Batangas port.

MC 11-89, issued in April 1989, states that no arrastre fees should be charged on empty containers, whether these are part of vessel gears or as export or import cargoes at Manila ports.

PPA said it sees the need to adopt a policy prescribing arrastre on for empty containers at Manila South Harbor, MICT, and Batangas Port to “ensure that policies on the handling of empty containers in PPA ports are uniform and updated.”

It added this is also to “compensate the terminal/cargo-handling operators for services rendered on empty containers in the yard.”

Prescribed arrastre rates for foreign empty containers at other PPA ports will remain the same.

If the proposal is approved, arrastre rates on empty containers will be subject to PPA share, which will be remitted by port operators International Container Terminal Services, Inc. (ICTSI) and Asian Terminals, Inc. (ATI) with PPA.

Last January 24, PPA held a public hearing on ATI’s proposal to apply arrastre tariff for handling empty containers, volumes of which have increased over the past years. ATI assistant vice president for business development Edward Ian Baking in a presentation during the hearing then said there was tariff on empty containers, but this was limited to stevedoring, even when the port provides other services such as handling and trucking.

Baking said historical records showed 40% to 45% of volumes handled at Manila South Harbor since 2016 were empty containers. Because of this, he explained “there’s a lot of resources dedicated to handling, storing, and securing empty containers,” adding that ATI was considering such volumes in its new investments in yard and equipment expansion.

ICTSI also submitted a letter last year to PPA seeking an arrastre rate for empty containers but this was not included in the public hearing on January 24 and PPA then said it would hold a separate public hearing for ICTSI’s request.

Association of International Shipping Lines, Inc. (AISL), in a statement to PortCalls, said: “We are a bit taken aback as the containers are considered part of a ship’s gears. Because of such, the arrastre cost for empty containers have always been part of stevedoring cost we pay the terminal.”

It added that containers are “merely an appliance or tool that enables different types of commodities, no matter the volume to be carried altogether in one vessel. Prior to the advent of containerization, the carriage of multiple commodities in a single vessel was very tricky and containers and their vessels revolutionized the way cargo was move.”

AISL further said that imposing such cost “is untimely as we are in a state of pandemic which at this stage, we do not know when it will end,” adding that the state of calamity has even been extended to next year.

During the October 1 hearing, PPA also proposed arrastre, stevedoring, and storage charges for OOG shipments, as rates for these shipments are currently unauthorized. It added this is also to compensate the terminal/cargo-handling operators for services rendered in handling OOG cargoes.

An OOG shipment is any cargo that is too large to be loaded into a six-sided shipping container.

Slots in the yard are also lost as OOG cargoes occupy more space, and these cargoes have a longer dwell time of 10 to 11 days compared to the standard container’s dwell time of seven days.

As proposed by PPA, the current applicable arrastre, stevedoring and storage rates of laden containers will be the base tariff for determining OOG tariff. The multiplier factor of three will be applied to the base tariff and the resulting rates will be the prescribed rates for arrastre, stevedoring and storage. This means the tariff for OOG cargoes will be thrice the amount of tariffs on laden containers.

If the proposal is approved, tariff for OOG cargoes will also be subject to PPA share.

Both ICTSI and ATI likewise sought cargo-handling tariff for OOG shipments, which were included in the January public hearing.

ICTSI had proposed to adjust storage charges for OOG shipments to bring their dwell times to more manageable levels. MICT management services and government affairs director Voltaire Wycoco during the January hearing said dwell times of OOG shipments have increased from 10 days in 2017 to 14 days in 2019.

ATI, according to Baking, noted that dwell times of OOG shipments are longer than those of containerized cargoes, averaging 10 days compared to seven days for containers.

The volume of OOG shipments handled at Manila South Harbor has also increased by an average 27% since 2006, presenting “certain complexities” to the terminal’s operations.

Stakeholders were given five days to submit their position papers, although there was a proposal to extend the deadline for submission. – Roumina Pablo