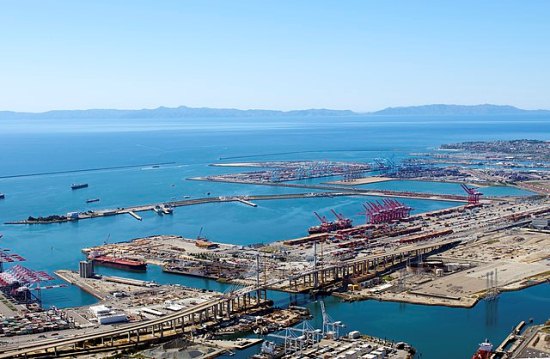 The Port of Long Beach in California posted a new single-month record in May by moving more than 900,000 cargo containers for the first time, breaking the record it set just two months earlier.

The surge in US spending on consumer goods has continued to drive demand for imports, while vaccinations of port workers has increased the workforce available to process cargoes waiting on ships at anchor in the San Pedro Bay, according to a report from S&P Global Platts.

“We are seeing a demand for more goods as the country continues to open up and people return to work,” said Mario Cordero, executive director of the Port of Long Beach.

But US import volumes could begin to slow from June onwards as the COVID-19 outbreak centered on the Yantian container terminal in South China has severely curtailed operations at one of the country’s top export terminals, creating a rapidly growing pile-up of export cargoes that may not be processed by other ports, said Platts.

Maersk, MSC and Hapag-Lloyd are among the shipping lines that have announced they will skip calls on Yantian terminal in the coming weeks in order to maintain schedule reliability. There were 26 ships waiting at anchor near Shenzhen’s Yantian terminal on June 9, including three ultra-large ships with greater than 18,000-TEU carrying capacity, according to cFlow, S&P Global Platts’ trade flow software.

Platts Container Rate 13—North Asia to West Coast North America—was assessed at an all-time high of US$5,500 per forty-foot container unit on June 9, up by 168% from the year-ago date.

The port said May was the 11th consecutive month that the Port of Long Beach has broken cargo movement records for a particular month amid a historic cargo surge that started in July 2020.

E-commerce sales were higher in May compared to levels prior to the COVID-19 pandemic. Consumers continued to spend more money on goods rather than services such as restaurants, bars, sporting events and concerts, which is likely due to lingering capacity restrictions in many areas.

Additionally, demand was up for lumber, appliances, and other durable goods due to a rise in housing sales and remodels.