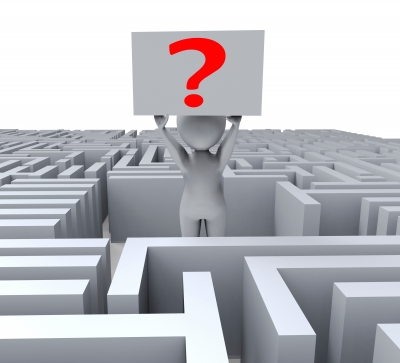 Is there port congestion at Manila’s international terminals?

For the Philippine government, there is none, only a high level of terminal yard utilization. Stakeholders, however, are not inclined to believe this, pointing out that shipping lines are imposing port congestion-related surcharges (masquerading as “peak season surcharge”, according to some), and noting the long queue of trucks going inside the terminals.

Confederation of Truckers Association of the Philippines (CTAP) chairman Ruperto Bayocot last week told PortCalls that turnaround of trucks has been slow, and “services inside (the terminal) take two to six hours.”

He pointed to queuing at the Manila North Harbor, saying truckers don’t understand why it’s taking so long to get in and out of the terminal. As of Oct 23, there is still queueing, Bayocot said, but “not as bad as last week”.

Many stakeholders have also been posting photos online of recent truck queues going into the terminal, with some queues reaching as far as C3.

The Bureau of Customs (BOC), Philippine Ports Authority (PPA), and Department of Trade and Industry (DTI) in earlier statements denied any port congestion and claimed that levels of utilization inside the terminals were manageable and not in the same levels as witnessed during the 2014 congestion at Manila ports.

According to BOC spokesperson Atty. Erastus Sandino Austria, the operational situation at Manila ports for the first three quarters are “well within international standards”.

Austria said that in order to declare port congestion, import dwell time has to be 10 days or more.

From January to September, Manila ports’ import dwell time was seven days, and yard utilization level was 85%, he noted. In addition, quay crane production rate was 24.84 moves per hour against the international standard of 25.

In contrast, at the height of the 2014 port congestion, crane productivity was at 15 moves per hour, import dwell time 17 to 18 days, and port utilization was 96%, Austria said.

Gov’t: No congestion, but too many empties

Trade Secretary Ramon Lopez and Customs Commissioner Isidro Lapeña met on Oct 9 at the BOC to discuss the so-called port congestion issue. After the meeting, Lopez issued a statement saying Lapeña had said the 85% yard utilization this year was brought on by the high number of empty containers clogging the terminals and that “the line of trucks that gave the impression of port congestion is caused by the policy of port operators to limit the port entry of empty container vans.”

Lopez added, “The space for empty containers is already fully utilized and allowing more may eat up the space for filled containers.”

But if there is no port congestion, why are many stakeholders under the impression that the port is congested? Why are ports limiting the entry of empty containers? And what is really causing the delays claimed by truckers?

CTAP’s Bayocot noted the difficulty in returning empties to yards, which he claims are already at 100% of their capacity.

In the Oct 8 CTAP general membership meeting, some truckers said they have refused requests to pull out laden containers at the Manila ports because their trucks were still carrying empty containers. One of the CTAP directors even remarked that trucks are now doubling as “moving” container yards.

At the same general membership meeting, some truckers claimed the difficulty in returning empty containers has a similar effect as a trucking holiday with truckers no longer able to service laden containers. This situation, they said, is a formula for port congestion.

In order to ease the burden on truckers, the CTAP Board issued Resolutions Numbers 3, 4, and 5 on September 26, October 1, and October 5, respectively, which provided guidelines and a fee structure for its members to follow when they run into difficulties returning empty containers to container yards in Metro Manila.

Container Depot Alliance of the Philippines (CDAP) president Roger Lalu told PortCalls on Oct 4 that utilization of off-dock depots in Metro Manila was already at 90% of capacity, while average dwell time of empty containers had doubled to 30 days from 15 days previously.

Lalu said there is a need for more container yards since CDAP members reckon the actual demand is for about 20,000 twenty-foot equivalent units (TEUs). As of August 2018, CDAP’s six members offered a combined empty container yard area of 135,000 square meters and capacity of 16,300 TEUs. All of these yards are in Metro Manila.

Lalu said the high utilization of off-dock depots in Metro Manila is due to the imbalance in the country’s import and export shipments, citing the statement of the Association of International Shipping Lines (AISL) on the ratio of import to export containers being 3:1. This leads to many empty containers being left in the country waiting for repositioning.

AISL general manager Atty. Maximino Cruz said on Sept 12 that with the country’s import volume growing at an annual rate of 6% to 7%, compounded by the onset of the peak season, “the situation will not get any better,” Cruz said.

To ease the problem of return of empty containers, Cruz said more container yard (CY) facilities should be established outside of Metro Manila.

“We can now see CY facilities in Bulacan, Cavite and Batangas. But we still need more of those if we want to see a normalization in the return of empty containers,” he noted.

CDAP’s Lalu said shipping lines, which own the containers as they are part of the ship’s gear, may eventually need to direct truckers to return empty containers to depots outside Metro Manila.

“In view of the situation, sooner or later shipping lines will have no other option but to use depots outside Metro Manila,” he said.

Lalu explained that off-dock depot space in Metro Manila has been decreasing “due to rising land rentals and other landlords are converting their vacant lots to a more profitable business.”

He added, “Unfortunately, most depot operators are adamant to invest in setting up off-dock depot outside Metro Manila, fearing the same fate that they encountered during the onset of the 2014 port congestion wherein they ended up closing the business due to lack of support from shipping lines.”

PPA general manager Atty. Jay Daniel Santiago, in a chance interview with PortCalls on October 5, admitted that the difficulty with returning empty containers does affect the ports but claimed terminal operations are still within manageable levels.

He said the issue should be “sorted out by the truckers, consignee, and the shipping company.”

He said if the issue is resolved, it would “further clear up the yard capacity but even if [they can’t resolve it] for now, we can still handle it.” – Roumina Pablo