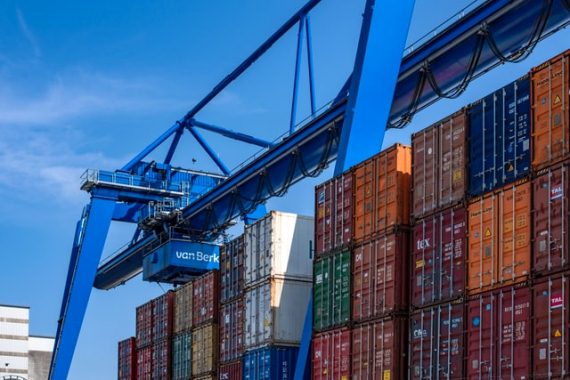 The average standard container prices in China have plunged both for trading and leasing, signaling the potential stabilization of the container market, according to new data from Container xChange.

“We are experiencing improvement in market situation as the one-way leasing charges, spot rates and other freight costs are starting to stabilize and average standard container prices are witnessing a drop for the first time in many weeks,” said Christian Roeloffs, founder and CEO of Container xChange, the trading and leasing platform for containers.

But while a good sign of market correction, “the drop in prices could also possibly be only a temporary decline because of the Golden Week in China if the prices do not decline further,” he added.

“The easing prices show temporary consolation in the global container shortage crisis. There are possibilities that the trend continues because we are half way through the busiest time for the shipping industry. Retailers are looking to pile up stock ahead of the Christmas holidays and the falling prices could well become the new normal from hereon. This could probably be a very early sign of stabilization of the market,” said CEO Johannes Schlingmeier.

The average trading price of 40-foot high cube containers is falling in China since week 39 just ahead of the Golden week, according to the report. From US$8,516 in week 39, the average prices have plunged to $6,598 in week 42, a 22.5% decline which is the biggest decline witnessed this year in China. The peak has already been touched at $8,576 which was a 52% jump from week 27 (first week of July).

As per the platform data, 46 ports globally experienced a moderate pullback in average container prices. The hotspots include China, Vietnam, and United states. All these price falls indicate improvement in congestion which caused skyrocketing freight costs all over the world, said the report.

The average one-way leasing pickup charges for the China-US stretch are down to $1,800 from $2,767 in one week (from week 39 to week 40), a 35% plunge, the highest recorded this year on this stretch. Similarly, these rates have also reduced for stretches ex-China to a few ports in Europe and Russian Federation.

While the demand will continue to stay strong as the retailers aim to fill the stock ahead of the Christmas holidays, the all-in rates are expected to stay strong too. The situation is more likely to improve by early November and further after the Chinese New Year in February 2022, the report said.