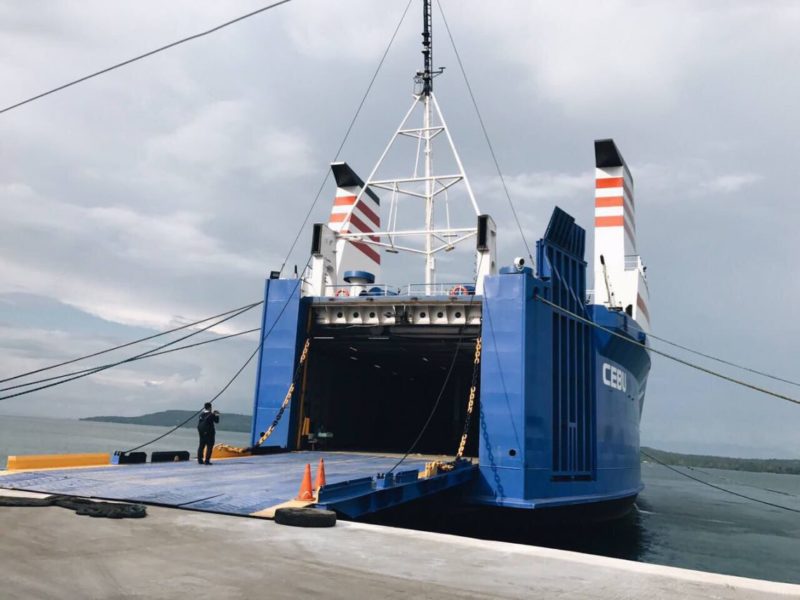 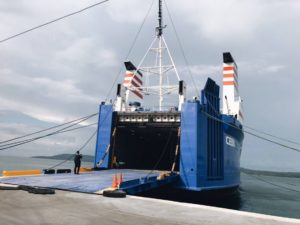 The Davao-General Santos-Bitung roll-on/roll-off (RoRo) route is a faster alternative to the Manila-Jakarta-Bitung route, which takes about three to five weeks of shipping time. Direct shipping through the new service takes only one day and a half of sailing (excluding port stay).

The maiden voyage commenced from Kudos Port in Sasa, Davao City, then stopped off at General Santos International Port before heading to the final port of destination in Bitung, Manado, Indonesia.

The weekly service is provided by M/V Super Shuttle RoRo 12, operated by Asian Marine Transport Corporation, with a capacity of 500 twenty-foot equivalent units.

The Davao-General Santos-Bitung RoRo initiative is part of the Association of Southeast Asian Nations (ASEAN) RoRo Project and is also an undertaking of the Brunei, Indonesia, Malaysia, Philippines-East ASEAN Growth Area (BIMP-EAGA).

The ASEAN RoRo Project is in turn a Philippine initiative and takes off from the success of the comprehensive RoRo policy of the country in 2003, the Department of Trade and Industry (DTI) said.

“The ASEAN RORO, particularly the Davao-GenSan-Bitung trade corridor, is a legacy project of the Philippines and one of its the major deliverables for this year’s ASEAN chairmanship and in commemoration of ASEAN’s golden anniversary,” Trade Assistant Secretary Arturo Boncato, who also serves as Philippine Senior Official to BIMP-EAGA, said in a statement.

“The President has a tall order to bring development in the South, and once emphasized the need to put particular attention to sub-regional mechanisms, especially the BIMP-EAGA given its crucial role in pursuing development initiatives at the grassroots,” Philippine Trade Secretary Ramon Lopez said.

The connectivity will make Davao-GenSan-Bitung as the transshipment point to the EAGA, set to benefit Filipino producers, especially those in Mindanao and Palawan, as they grow their businesses and link their markets to Bitung and the rest of Indonesia.

DTI said the new route will provide local businessmen, especially micro, small and medium enterprises (MSMEs), greater access to international trade, as well as stimulate other areas of development such as joint tourism promotion, direct air linkages, and increased investment flows, among others.

The products expected to be traded from Mindanao include food, beverages, garments, and electronics. Among the companies that took part in the launch of goods to Bitung was Pilmico Foods Corporation, a subsidiary of Aboitiz Equity Ventures, that shipped flour during the opening and is processing shipment of animal feeds for succeeding runs.

“The launching of this shipping link is only the beginning, and we expect more jobs will be generated in both Mindanao and Sulawesi with the invigoration of trade and influx of investments,” Lopez added. “We hope that this initiative will be replicated not only in the BIMP-EAGA but in the whole of the ASEAN region if we are to truly attain a more integrated, inclusive and sustainable development for the people.”

Mindanao Development Authority (MinDA) chairman Datu Abul Khayr Alonto, for his part, said maritime transport is vital to the subregion’s development, and that the Philippines will continue to push for the opening of sea routes within.

“We are calling on and encouraging key industry and business players and traders to participate in this initiative and to take advantage of the business opportunities and benefits that this new route will provide,” he added. Private sector support is critical to sustain this project, which is the Philippine government’s maiden accomplishment under its chairmanship of the ASEAN this year.

In a 2012 feasibility study conducted by Japan International Cooperation Agency, the GenSan-Bitung route was selected as one of the pilot areas for a RoRo operation within BIMP-EAGA.

MinDA deputy executive director Romeo Montenegro assured that the route will be secure and safe, saying “we’re not seeing any such issues ever since in terms of security or piracy ever emerging out of this Celebes sea.”

The route is on the eastern part of the Celebes Sea, an area that has been a traditional trading route between the Philippines and Indonesia.