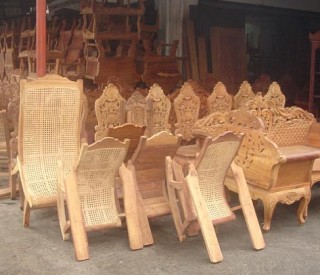 The Philippine Exporters Confederation (Philexport) added its opposition to the proposed cargo-handling rate increase by the country’s top two port operators, saying it will result in retrenchment among export companies and make Philippine products even less competitive in the world market.

Exporters are already reeling from effects of the slow economy and appreciation of the Philippine peso.

Earlier, international shipping lines also thumbed down the measure, noting it is ill-timed considering the low volumes and the generally volatile economic conditions.

Under the rules, the operators can petition for a rate hike every two years, and are now eligible for such after completing the two-tranche 15% cargo-handling rate increase in January 2010.

ICTSI and ATI are targeting to levy the higher rate by end of the year.

“The rates being sought by the operators are too high,” Philexport president and Philippine Chamber of Commerce and Industry chair Sergio Ortiz-Luis said.

“It will not be surprising if we again hear of retrenchments and company closures should the proposed port fees be implemented,” he said.

“Out of 100 exporters, 96 are small and medium enterprises that have suffered the same shrinking margins as the port operators’ due to the high cost of electric power, the strengthening peso, a series of other crises plus increasing cost of doing business in the country.”

If the hike cannot be stopped, Philexport is asking PPA to reduce the rates to as low as possible and for these to be implemented in several tranches.

During the previous Macapagal-Arroyo administration, the PPA reduced the wharfage fee for export products by 50% to help exporters, reeling from the strong peso, to better manage costs.