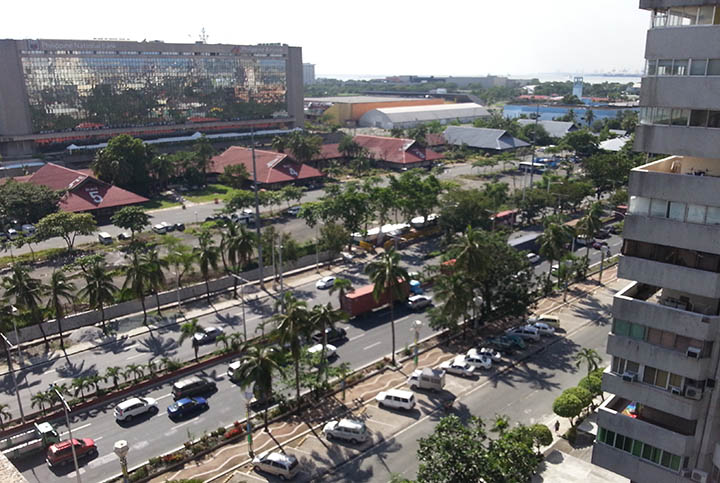 Truckers may use Roxas Boulevard during early hours of the morning, but only from February 2 to 15.

Following the request of truckers, Metropolitan Manila Development Authority (MMDA) chairman Atty Francis Tolentino issued Memorandum Circular 01-2015 on January 29, which allows trucks to operate on Roxas Boulevard from 12 midnight to 5am, except for the mornings of February 7 and 14, in addition to the existing route of San Marcelino that will remain passable 24/7 to trucks.

The scheme is not being implemented on the mornings of Feb 7 and 14 to stop traffic from worsening during weekends, Tolentino said.

”This is just temporary, upon the request of Secretary Rene Almendras, head of the Cabinet Cluster on Port Congestion, because of the backlog in the operations of the truckers brought about by the holidays,” Tolentino said in a statement. “I am optimistic that this will somehow contribute to the government’s efforts to decongest the ports.”

But Confederation of Truckers Association of the Philippines (CTAP) president Ruperto Bayocot said the two-week period is “inadequate in order to decongest Manila ports”, when one takes into consideration the high volume of shipments expected for the upcoming Chinese New Year.

Bayocot told PortCalls CTAP wants trucks to be able to use Roxas Boulevard permanently since Macapagal Boulevard, an eight-lane road parallel to Roxas Boulevard running from the Cultural Center of the Philippines Complex in Pasay to Marina Bay Village in Asia World City, can be used as an alternate route for private vehicles.

After Feb 15, Tolentino said Roxas Boulevard will be rehabilitated by the Department of Public Works and Highways for the Asia-Pacific Economic Cooperation Summit which the country is hosting this year.

Last year, MMDA issued MC 10-2014, imposing a six-month truck ban on Roxas Boulevard starting December 3, 2014 to ease heavy traffic during the holiday season and the holding of major events in the country.

But the ban lengthened the time needed by truckers to reach southern parts of Metro Manila from 30 minutes to three hours, according to CTAP.

Since last year, CTAP has been requesting permission to use Roxas Boulevard for night-time deliveries.

Bayocot earlier said 40% of the 5,000 trucks using Manila port are bound to or comes from the south of Manila.

In a December 23 letter, CTAP sought the support of Almendras in pushing MMDA to approve the 12 midnight to 5 am use of Roxas Boulevard. – Roumina Pablo