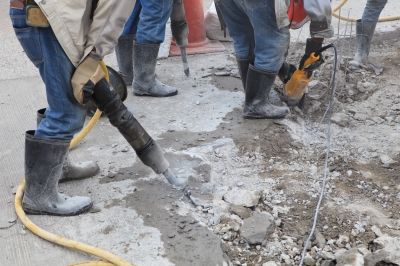 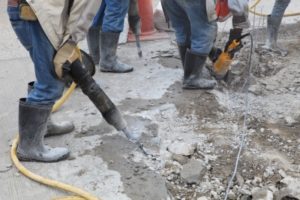 The Philippine Board of Investments (BOI) is urging industry stakeholders to prepare their infrastructure project proposals as the government puts in high gear a convergence program to strengthen road connectivity in support of industry and trade development.

BOI, the industry development and investments promotion arm of the Department of Trade & Industry (DTI), jointly with the Department of Public Works and Highways (DPWH), recently met with various stakeholders to discuss guidelines and processes in preparing and submitting infrastructure project proposals for the Roads Leveraging Linkages for Industry and Trade (ROLL IT) program.

ROLL IT is a convergence program by DTI and DPWH, in which they will jointly plan, budget, advocate for legislation, identify, evaluate, prioritize, regulate, supervise, implement, and monitor and evaluate industry development infrastructure projects in priority economic and manufacturing zones in the Philippines.

The meeting was an offshoot of the DTI-DPWH memorandum of agreement signed by Trade Secretary Ramon Lopez and Public Works Secretary Mark Villar in November 2016, creating a convergence program aligning the country’s infrastructure development projects with industry and trade development thrusts.

Considered as one of the platforms for the administration’s “Golden Age of Infrastructure” in the country and with a national infrastructure budget of around P8 trillion through 2022, ROLL IT leverages the success and experiences of the DPWH and the Department of Tourism’s (DOT) own convergence program for the upgrade of infrastructure leading to tourist destinations.

At the meeting, DTI Assistant Secretary for Industry Development Rafaelita Aldaba discussed the priority industries that can avail themselves of the ROLL IT Program.

She identified them as those in the manufacturing and services sectors specifically engaged in the areas of electronics manufacturing services, automotive and auto parts, aerospace parts, chemicals, shipbuilding, furniture and garments, tool and die, agribusiness as part of the manufacturing sector, information technology-business process management, transport and logistics, tourism, and construction.

“This is part of our New Industrial Policy where infrastructure spending is a national priority and an efficient infrastructure system is important for the competitiveness of our industries. Coordination is crucial among government agencies including the local government units, the local industries and other relevant stakeholders in achieving our goals,” Aldaba said.

BOI Executive Director Ma. Corazon Halili-Dichosa presented the criteria and the process involved in the ROLL IT program. She said priority projects are those that will promote the growth of industries included in the Industry Roadmapping Program and the Investment Priorities Plan.

As part of pre-qualification documents, Dichosa said DTI, through BOI, will issue a certification that an industry is in the Top 12 Priority Industries, among the 42 industries with roadmaps, or among those included in the Comprehensive National Industrial Strategy.

Breakout sessions followed to gather comments on the ROLL IT program’s draft guidelines and discuss the pre-qualification requirements for project proposals, identification of priority roads and other relevant infrastructure projects, and documentation of proposals for submission to a technical working group that will evaluate the proposals.

Following the meeting, industry-specific and stakeholder consultations were also conducted in February 2017 to guide industries on preparing the documents and requirements for their project proposals in time for submission and validation of proposals in March 2017.

Qualified project proposals will be included in the DPWH’s budget line items for fiscal year 2018.

“Efficient use of government resources allows us not only to continue and expand our partnership but also pump-primes the economy as we aim to achieve the golden age of infrastructure in the country,” said Villar, adding that DPWH is now pursuing policies and projects aimed at widening national roads and constructing more bypasses and inter-island bridges.

Meanwhile, DTI undersecretary and BOI managing head Ceferino Rodolfo said, “Through better roads and infrastructure, industry development can spur and set the motion for balanced development, with industries dispersing away from urban areas and moving to rural areas, creating more jobs and income opportunities for Filipinos.”

“With better infrastructure, we can attract more foreign direct investments in the country, ensuring smoother flow of business,” he said. – Roumina Pablo