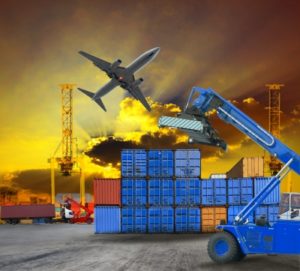 Philippine Trade Secretary Ramon Lopez is calling on trade ministers from the Association of Southeast Asian Nations (ASEAN) to take measures to facilitate resolution of longstanding issues in the implementation of regional trade agreements.

These facilitative measures include those to fast track the ASEAN Trade in Goods Agreement (ATIGA), the implementation of respective national single windows (NSWs) that will connect to the ASEAN Single Window (ASW), and the improvement of the region’s customs integration procedures, Lopez said in a speech during the opening of the 49th ASEAN Economic Ministers Meeting and related meetings on September 7.

“Most of all, non-tariff barriers—or NTBs—must be reduced and ultimately eliminated. This is a worldwide problem, but it is in the region’s interests to lead the way in this endeavour,” Lopez said.

ATIGA aims to achieve the free flow of goods in the region, resulting in less trade barriers and deeper economic linkages among member states, lower business costs, increased trade, and a larger market and economies of scale for businesses.

ASW, on the other hand, is an electronic gateway that enables seamless, standardized, and harmonized routing and communication of trade and customs-related information and data for customs clearance and release between NSWs. ASEAN member states connect to the ASW gateway through their respective NSWs.

Currently, only five of the 10 ASEAN countries are connected to the ASW, namely, Indonesia, Malaysia, Thailand, Singapore, and Vietnam. The Philippines targets connecting to the system by the end of the year.

In a discussion paper by state-owned think tank Philippine Institute for Development Studies, titled “Review of Intra-ASEAN Nontariff Measures (NTM) on Trade in Goods,” NTBs are seen to impede both trade and foreign direct investment (FDI), and to constrain the participation of firms in affected countries, especially small and medium enterprises (SMEs), even as global and regional production chains and international firms gain importance.

As for the ASEAN Integration Report 2015, it said the Philippines has 523 NTMs, which is still considerably high. Among other ASEAN member countries, Thailand is the only country with NTMs higher than the Philippines with 869. Malaysia, meanwhile, has 273, Indonesia with 248, Singapore 135, Vietnam 119, Brunei five, Cambodia three, Laos two, and Myanmar with one.

The report said the challenge for ASEAN countries is how to incorporate measures that will help facilitate the administration of NTMs.

“Looking at 2017 and beyond, ASEAN should be cognizant of the changing geostrategic landscape that presents both opportunities and challenges. The region has to remain transformative and proactive in the face of global economic conditions,” Lopez said.

“As we continue to steer ASEAN’s direction towards our shared goal of integrating the wider region into the economic global activity, we call on the parties in the ongoing Regional Comprehensive Economic Partnership (RCEP) negotiations to remain committed in delivering the agreement towards substantial conclusion,” Duterte said.

The Philippines is endeavoring to move RCEP forward, noting that the agreement will provide a wide array of opportunities for all parties involved, including greater exchange of goods and services, higher investments, more jobs, and higher standards of living.

RCEP is also seen to expand the current ASEAN market of 620 million to a huge integrated market base of 3.5 billion through the region’s dialogue partners.