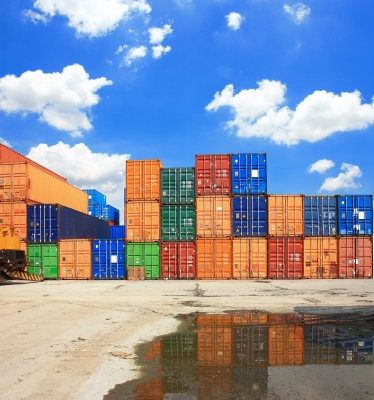 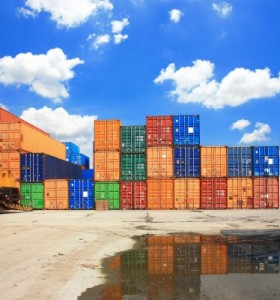 The just-ended eight-day suspension of the Metro Manila-wide truck ban was apparently not enough to ease the backlog of containers in the ports of Manila, and where to store empty boxes remains a problem.

“The moratorium allowed us to gather some breathing room to eliminate the vessel backlog. It has, however, done nothing for the utilization of the port and it is now just a matter of time before we encounter the same problems again,” Manila International Container Terminal general manager Christian Gonzalez, said in an email to PortCalls.

He identified “the same problems” as  “delays in releasing cargo, cargo accumulating in the port, vessel schedules being disrupted, importers not being able to get inventory in time, and goods being rolled over at foreign ports.”

The Metropolitan Manila Development Authority (MMDA) and the city government of Manila had declared an eight-day moratorium – from May 13 to May 20 – on the truck ban in preparation for the three-day World Economic Forum that begins May 21 in Makati.

“I reiterate that we need a permanent moratorium on any truck ban to ensure economic and trade growth is sustainable,” Gonzalez said.

“I think the evidence over the last 8 days clearly shows that we were correct in saying that free-flowing trade has no untoward impact on traffic other than where heavy roadworks are being conducted. We believe this has been seen by both the city of Manila and the MMDA,” he added.

Supply Chain Management Association of the Philippines president Arnel Gamboa said in a text message to PortCalls that “there’s still a lot of backlog” despite the suspension of the truck ban.

“The problem was the gridlock” that began when Manila imposed a daytime truck ban, Gamboa pointed out, adding there are “not enough chassis and prime movers (trucks).

He noted that even if truckers raised their rates, “the reduced turnaround really affected their livelihood.”

The SCMAP president also said “empties were only conditionally accepted” at the ports.

“Unless you are withdrawing a laden, some shipping lines won’t accept empties. They say the directive came from the port operators,” Gamboa said.

MICT commercial director Christian Lozano much earlier said that the hub was accepting empty containers but only for double transactions, which means a truck would be allowed to deliver an empty box into the wharf if it picked up a loaded container on its way out.

With the suspension over and the truck ban now back in place, Gamboa said “if the ports are at 90-97% capacity utilization (6-7-high stacking of containers), then it can lead to stoppage of port operations in a matter of weeks.”

He said truckers were complaining of a 67% reduction in their turnaround due to the truck ban.

Asked what could be done to avert a stoppage, Gamboa said: “We can’t force the shippers and consignees to transfer to Batangas. So (in the) interim (the solution) is to relax the truck ban, better if none. It’s directly correlated with the economy. No movement in ports means no trading. It’s a lose-lose situation.”

“A reasonable man knows when to draw a sword and when to listen and negotiate,” Gamboa pointed out.

Confederation of Truckers Association of the Philippines director Alberto Suansing told PortCalls in a phone interview the situation at the ports as of May 20 was “very tight” and truck turnaround remained at 72 hours.

He said the reason why there were fewer trucks operating is that the drivers who were penalized or whose trucks were towed due to the truck ban could not  redeem their licenses due to financial constraints.

Suansing also said empty boxes are still a problem as container yards are full. Some truck operators have opted to store empties in their own garage.

Aduana Business Club director Samson Gabisan also noted the problem with returning empties, adding that some vessels cannot unload their cargo and are still anchored on the breakwater.

Meanwhile, the Bureau of Customs no longer extended its May 13-16 extended work hours at the Port of Manila and Manila International Container Port.

As this developed, MCC Transport Philippines, Inc., the local unit of the intra-Asian arm of Danish giant Maersk, has opened a new container depot in Bulacan.

The depot began operating on May 10 at Interpacific Highway Transport Corp., 54 Mataas na Sampaloc, Brgy. Bulihan, Plaridel, Bulacan. The facility is open Monday to Sunday, from 8am to 5pm.

The depot requires that truckers wear standard personal protective equipment and undergo a five-minute safety orientation during their initial return.

Earlier, the Association of Off-Dock CFS Operators of the Philippines expressed interest in putting up a temporary container yard for empty boxes to help contain the overflow of empties.

As of press time, ACOP president Alexander Ong said there were no updates on the planned move.–– Roumina M. Pablo