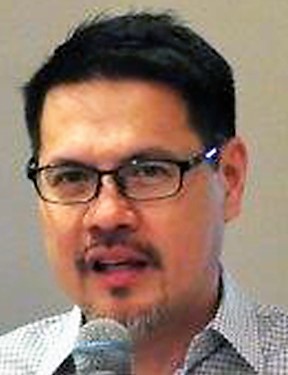 By March 5, Republic Act No. 11203 (Rice Tariffication Act) should have taken effect. In theory, the new law should reduce the local consumer price of rice by at least P4 per kilo arising from more competition in the local market with the entry of cheaper quality rice from neighboring ASEAN countries. This should then result in poverty alleviation, specially among the lower income groups.

Background. Prior to the entry of the Philippines into the World Trade Organization in 1995, most developing countries controlled the entry of imported agricultural products by either imposing high tariffs, limiting the volume of imports (quantitative restrictions) or by a combination of both.

As part of its membership to the WTO, the Philippines acceded to numerous agreements governing the trade in goods and services and other trade-related activities. For WTO member economies, the agreements covered a wide array of subjects such as agriculture, customs valuation, tariff restructuring, dumping, countervailing, safeguards, rules of origin, and intellectual property rights.

As an annex to the WTO Agreement on Agriculture, the Philippines requested for quantitative restrictions (QR) on rice imports until 2005. As result, Republic Act No. 8178 entitled ‘An Act Replacing Quantitative Import Restrictions on Agricultural Products, Except Rice, with Tariffs, creating the Agricultural Competitiveness Enhancement Fund, and for other purposes’ was passed in 1996. Under this law, agricultural products, except rice, shall be subject to in-quota rates (lower duty) for minimum access volume commitments under the WTO and out-quota rates (higher duty) for imports beyond the minimum access volume.

Protection only through Tariffs. Under the WTO, protection of domestic industries and markets must be made only through customs tariffs and not through other commercial measures. The reason for this is to make the protection transparent and clear and to promote market access and export competition. Prior to the WTO, countries were allowed to provide export subsidies and import restrictions (e.g., import quotas). Under the new system, subsidies and quantitative restrictions are no longer allowed and non-tariff barriers are to be removed through tariffication, i.e., replacing an import quota with an import tariff rate.

Predictability and Fair Competition. One of the requirements for trade under the WTO is that a trading partner must provide a stable, predictable and transparent rule on the trade in goods and services. When a country agrees to open its market, it binds itself to that commitment. Hence, if it agrees to a ceiling for tariff rates on imported articles, it cannot unilaterally increase its rates beyond the ceiling without attracting reciprocal action from other countries. The WTO system therefore seeks to promote fair trade among member countries even if it allows countries to maintain tariffs and exercise measures to protect domestic industries under limited conditions.

Without the lifting of the QR on rice imports, other WTO member countries would have taken reciprocal action on some of the country’s exports or requested for concessions on the import of agricultural products such as meat, poultry, vegetables and fruits. The new law should provide clear and transparent rules on the importation of rice from ASEAN and other countries without fear of reciprocal actions or concessions from other countries.

Potential Benefits. After 24 years since the country’s membership with the WTO, quantitative restrictions on rice imports have finally been lifted. RA 11203 specifically provides the following tariffs on rice imports:

Government is expecting to generate P10 billion from the tariffication and this amount has been allocated for direct income support or productivity assistance of rice farmers that will be affected by the entry of cheaper rice imports. Also, tariffication will accordingly result in lower inflation and lower consumer prices which will greatly benefit the lower income groups.

This early though, some sectors have already raised concerns on the sufficiency of the fund to modernize the local rice industry, the equitable allocation and distribution of the MAV, and the transparent and efficient management of the P10-billion Rice Competitiveness Enhancement Fund. Other agriculture groups have also raised fears that the rice tariffication may again result in the unmitigated entry of smuggled rice as has been experienced in previous years.

The author is an international trade lawyer and a logistics and supply chain consultant. He is the Editorial Board Chairman of Asia Customs and Trade, an online portal on customs and trade developments affecting global trade and customs compliance in Asia. He was also Bureau of Customs Deputy Commissioner for Assessment and Operations Coordinating Group (2013-2016). For questions, please email at agatonuvero@customstrade.asia (www.customstrade.asia).

IT’s been more than 2 years since the passage of the Customs Modernization and Tariff Act (CMTA) and finally, the new rules on Post...
Read more
Across Borders

In recent years, digital commerce has grown tremendously and this has greatly affected how people conduct their trading transactions. We all have heard of...
Read more
Across Borders

Except for a brief stint in government, I have been in the trade compliance profession for more than 15 years. In all those years,...
Read more