PH potential as one of fastest growing e-commerce markets seen 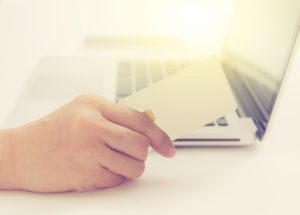 The Philippines’ archipelagic landscape is a challenge to e-commerce, but faster inter-island sea travel and support infrastructure can help expand the growing industry, according to an official of online fashion market Zalora.

Zalora Philippines managing director Constantin Robertz in a recent presentation during the Procurement and Supply Institute of Asia 2016 Conference said the Philippines, as an emerging market, is one of the most attractive markets for e-commerce.

Citing a study by Google and Singapore-based investment company Temasek, Robertz said Southeast Asia is the fastest growing e-commerce market in the world, forecast to spend 16 times more in 10 years from 2015 to reach US$10 billion in 2025. The Philippines, in particular, has an annual growth rate of 15% to 20% in e-commerce spending.

In terms of online penetration, the study shows that 45% to 50% of Filipinos are already online, a figure expected to grow to 70% by 2018, driven largely by mobile internet. The country also has a young population that is quick to adapt to the internet and e-commerce. Moreover, a massive shift in consumer behavior and spending is happening, with one study saying that people look at their mobile phones an average of 150 times a day more than they do their partners.

Robertz noted that Manila’s retail infrastructure “is one of the most amazing” he has seen, with shops just within a few meters away from each other.

However, he said retail infrastructure “starts looking very, very differently” outside of Metro Manila. He said while access to basic needs, such as from food retail and sari-sari stores, is present in areas outside Metro Manila, access to global brands or access “to more aspirational consumption groups, basically consumption beyond the basic means” is not present.

He added that 60% of orders are coming from outside of Metro Manila and where a lot of the growth of e-commerce has been coming from.

Since the country is an archipelago, Robertz said deliveries are a bit more complicated in the Philippines, particularly inter-island transfers, and “that makes for more fragmented supply chain.”

Deliveries from one warehouse to another for stocks and buffer stocks depend on vessel sailings.

Wherever they are in the country, Robertz said, people expect to get their item on time or reasonably fast, “and most importantly they want to know when they will get it and that doesn’t change whether you live in Quezon City or somewhere in Northern Mindanao.”

He said the number one satisfaction driver for e-commerce is probably reliable delivery.

This, he said, has been one of the biggest challenges that they have had to solve, and from a 3PL perspective, this has a lot of requirements, particularly in digitalizing the delivery chain in order to know where the package is and when it will get to the customer.

When delivery is reliably fast, Robertz said “the more people start to repurchase and start to shop with ease.”

Another challenge of the e-commerce industry in the Philippine setting is that its logistics industry is B2B (business to business) driven, which is very different from B2C (business to customer) “where you need to deliver products per piece to the customer all across the country.”

Robertz, however, noted that B2C might become the fastest growing segment of the Philippine logistics industry in the next ten years as part of the growth of e-commerce in the country. “At the end of the day, all those orders have to be delivered.”

About 70% of Zalora transactions today are paid on cash-on-delivery (COD) terms, which Robertz noted helps build the trust of customers because they already hold what they are paying for. Since it is COD, Robertz said you have agents fielding cash “so that is something you have to monitor quite closely.” He said, however, that electronic payment is on the rise and “we are quite excited with some of those developers.”

Looking at these challenges, Robertz said what Zalora did was build a network of delivery hubs in all major cities across the country, such as Cebu, Davao, Cagayan de Oro, Zamboanga, and Iloilo, to be closer to customers and cut down the lead time. It also allows control and visibility of Zalora’s delivery chain.

Zalora has one main distribution and fulfilment center in Carmona and 12 distribution hubs. It also has 10,000 square meters of storage area with a 1.5 million-item storage capacity, and has more than 15,000 marketplace vendors around the country.

Complementing the hubs is its in-house delivery system called Zalora Express, which is supported by local 3PL partners that deliver under the Zalora brand. Zalora currently has more than 150 delivery riders and has a reach of more than 90 cities in the country.  – Roumina Pablo