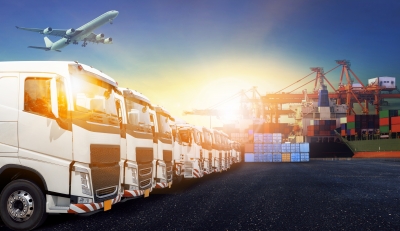 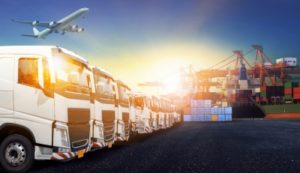 Cargo transport service providers in the Philippines are keeping a positive but cautious outlook for 2017, concerned over domestic and global challenges that could affect the industry, even as they present a wish list to ensure the continued growth of the industry and the economy.

Various industry stakeholders told PortCalls in separate e-mails and interviews that one of the major challenges in 2017 is the sluggish global economy which has been affecting both the air and shipping industries.

Container Depot Association of the Philippines (CDAP) president Carl Fontanilla said the “slowdown in global trade affecting the viability of the international liner industry” is a general concern.

“Most, if not all, reported operating losses. Korea’s Hanjin Shipping is the first to go down. The Japanese liners decided to consolidate with the merger of the three biggest, NYK, K-Line and MOL,” Fontanilla noted.

As a result, the CDAP chief, said every shipping line is pushing for lower local costs, particularly in off-dock container yard services. He added that with companies having already invested significant capital to put up off-dock yards, “we have no choice but to concede to our clients’ pressure to lower the CY storage and handling rates.”

On the air cargo side, Aircargo Forwarders Association of the Philippines, Inc. (AFAPI) president Erich Lingad noted how the sluggish global economy has bred overcapacity in the air sector that in turn has led to lower rates.

He pointed out, however, that Philippine trade “could be one of the exceptions since the country has become the second fastest growing in Asia in 2016, next only to India but outpacing China and its Asian counterparts.”

“This economic standing of the Philippines augurs well in the next 12 months,” Cruz said.

Supply Chain Management Association of the Philippines (SCMAP) president Nestor Felicio likewise foresees the continued improvement of the country’s economy in 2017, but warns of an “additional risk posed by the changing political and financial climate around the world.”

“The emergence of protectionist policies may slow trade between countries, although I see an opportunity in other countries that might open up new trade avenues. Locally, the devaluation of the peso may increase costs, as well as [lead to] a potential increase in fuel prices. The situation in the South China Sea also continues to loom, possibly affecting our shipping connections to the region,” Felicio noted.

In addition to the global economic slowdown, the same challenges that hounded the industry in previous years seem to remain problematic for this year.

AISL’s Cruz said that as in previous years, “challenges remain the same, foremost amongst which is the capacity and ability of the government to build the required infrastructure that will match the projected flourishing import and export trade in the Philippines.”

He added that port development, an expanded transport network via land and waterways, and auxiliary support facilities occupy the highest rungs in the industry’s proposed priorities.

“The traffic problem in Metro Manila continues, as well as congestion in our major airports and seaports. We have failed to anticipate growth and are now playing catch up,” Felicio noted.

For truckers, the city traffic and the flow of trucks to and from the ports are still continuing concerns this year. Confederation of Truckers Association of the Philippines (CTAP) director Rupert Bayocot said that to ease heavy traffic in Metro Manila, the default solution of government officials seems to be truck bans, which he noted, however, constitutes a hurdle for haulers.

“Secondly, the traffic situation going in and out of the ports into the delivery sites mean more expenses incurred and wasted fuel and other resources that, in the process, is passed on to the end consumers,” Bayocot said.

He noted that the Terminal Appointment Booking System (TABS), which is being implemented by Manila international terminals, “has meant additional expenses for brokers and haulers that they cannot pass onto the importers.”

Bayocot claimed that there are days when customs brokers have already finished processing their importations and their shipments released the next day, but because no slots are available, truckers incur additional storage charges.

“There are also times that trucks need to allot a big lead time to make it to their schedule because of the crawl leading into the gates. And when they do make it to their location, pickup of containers is delayed further by other problems like an RTG (rubber-tired gantry) breakdown or just sheer volume of trucks in the same location,” Bayocot explained.

Aside from these difficulties, the sector also faces other problems such as lack of truck drivers and helpers and the challenge to modernize the fleet of haulers.

“The government would also like haulers to modernize the truck fleets. While this would mean a more reliable unit running on our roads, the initial investment required to replace trucks is a challenge for operators,” the CTAP director pointed out.

Truckers in a bind

Bayocot said the “trucking industry is at a delicate point.” He said some small fleet owners have decided to close shop to either retire or do something else.

“It seems that only those with the financial capability to ride the difficult waves are the ones who will be left afloat. This is if things remain the same,” Bayocot noted.

He added that to address these points, leaders and representatives of the trucking industry must continue to dialogue with counterparts from concerned government agencies and private industries in order to come up with win-win solutions.

Collaboration with the government, “but subject to limitations/constraints that may be imposed by corporate management,” is also what the container shipping industry must do, AISL’s Cruz said.

“International shipping lines are one with the Philippine government in upgrading the level of efficiency at par with internationally accepted standards,” he noted.

Aduana Business Club, Inc. president Mary Zapata also hopes for better government intervention to address conflicts and concerns between different sectors in the industry. She said that sometimes, discussions among organizations to resolve these issues don’t produce results unless government intervenes and orders them what to do.

Meanwhile, better service is what container yard operators see is the way forward. CDAP’s Fontanilla said “service efficiency and the optimization of the use Information Technology will be a key to each and every depot operator services to satisfy their clients.”

“We believe that every business can rise above the competition only if they can deliver and satisfy their customer requirement. Hence, everyone must be open to change and work towards the fulfillment of each of their customer’s needs and possibly to be the first to employ the kind of service ahead of each competitors,” he said.

Supply chain practitioners, for their part, said they can cope “through better planning, both in transport routes and in implementing distribution hubs across the country, especially in Visayas and Mindanao.”

But SCMAP’s Felicio said that “we can only work within the limitations our current situation poses to us.”

“I believe the government should accelerate construction of new infrastructure, and ensure it does not just serve our needs today, but our needs for the years ahead. I am encouraged by the current administration’s plan to invest a lot of money in infrastructure, but it also has to look into developing effective logistics hubs, and also implement sensible and adaptable transport policies,” Felicio said.

CDAP’s Fontanilla said their sector’s top wish is more road- and port-related infrastructure projects. The organization also wants TABS abolished, and for government tax subsidy to be given to the importation of brand-new depot handling equipment.

AISL’s Cruz hopes for the government to “single-mindedly focus on infrastructure building that will be totally insulated from politics”, and to have “a deeper appreciation of the critical role played by shipping lines in the supply chain and as a catalyst of economic activity.”

“Government should abandon the old-fashioned notion that vessels are nothing more than just ordinary transporters of goods,” Cruz pointed out.

Their sector also wants full automation of the cargo clearance process in the Philippines, which Cruz said “will genuinely promote advance clearance of goods and considerably reduce, if not totally eradicate, corruption in the waterfront.”

Aguilar also hopes the economy will continue to grow and volumes between the northern and southern parts of the Philippines will further expand.

Increased volume, especially for exports, is what AFPI’s Lingad aspires for the airfreight sector year, along with an increase in rates.

The move to place all transport service providers under just one department is a precursor to meet one of the country’s commitments under ASEAN – the creation of a national certifying body for multimodal transport services providers.

SCMAP’s Felicio rounded off the industry’s wish list with a “wish for continued economic growth despite the political challenges we face here and around the world.” – Roumina Pablo