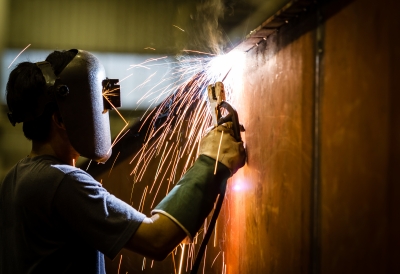 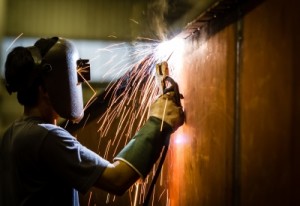 Philippine manufacturing volume fell slightly in July 2015 due to the continuing weakness in global demand, according to the National Economic and Development Authority (NEDA).

In the Philippine Statistics Authority’s Monthly Integrated Survey of Selected Industries for July 2015, the manufacturing sector’s Volume of Production Index (VoPI) contracted 0.5%, much slower than the 3% and 1.6% declines in May and June 2015, respectively.

Production volume remains a contrast from its 7.6% growth in the same month last year, with its three-month moving average posting a drop of 1%.

“We must diversify and ensure the quality of our export-oriented products, which is the key to surviving the continuing weak global demand and stiffer competition in the global market,” Economic Planning Secretary Arsenio Balisacan said in a statement.

The Value of Production (VaPI) also declined 6.9%, along with its three-month moving average which posted a 7.5% drop.

“Providing adequate and efficient infrastructure is a must to be able to provide reliable and cost-effective logistics and transport requirements for manufactured goods and other related services,” the Cabinet official said.

However, the food sub-sector continues to fall, posting a 20.4% and 20.1% decline in volume and value of production, while its net sales volume and value dropped 16% and 17.4%, respectively.

The 32.1% fall in production values of milled and refined sugar, together with the declining global demand and prices for dairy products, weighed down the sub-sector.

For intermediate goods, non-metallic mineral products sustained double-digit year-on-year growth in production and net sales 19.8% and 20.2% in volume and 13% and 13.3% in value, respectively. The continuing growth in this subsector is backed by steady demand for construction materials from the private and public sectors.

For capital goods, transport equipment is leading the growth in net sales by 31.5% and 28.8% in volume and value, with fabricated metal products coming in second with 16.3% and 18.8%, respectively. The growth in these subsectors can be attributed to the increasing demand for logistics from local industries, NEDA noted.

“Given the weak global demand, it is important to continue to stimulate domestic demand to fuel the manufacturing industry,” Balisacan, who is also NEDA director general, said.

He added that in the short to medium term, increase in domestic demand can originate from the housing and infrastructure sectors. He also noted the importance of implementing the government’s infrastructure program on time. Private investments in housing should also be encouraged, specifically through regulatory reform and better access to housing finance, Balisacan said.

Meanwhile, in terms of transport logistics, he said “there is a need to implement coordinated, effective and innovative traffic schemes to maximize the capacity of existing infrastructure and road networks.”

Balisacan said this is necessary especially in the short run to support growing passenger car sales and brisk economic activities in manufacturing sub-sectors, while major improvements in infrastructure and transport services are being worked out.

“Alleviating the traffic and transport woes of the country will not only benefit the people but the economy as well by attracting foreign and domestic investments for the manufacturing and services sectors,” he added.

“We remain optimistic about the manufacturing sector for the rest of the year as the incoming holiday season will boost both production and sales. The persistently low oil prices will also aid the industry in the coming months,” Balisacan noted.

Image courtesy of bugphai at FreeDigitalPhotos.net