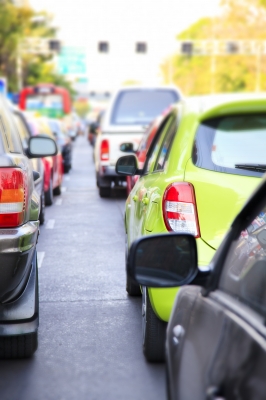 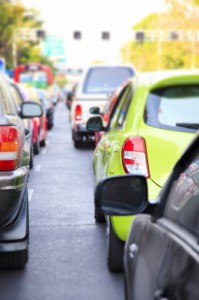 DMCI Holdings Inc. said in a disclosure to the Philippine Stock Exchange that its construction arm, DMCI, has signed a P10.5-billion agreement with SMC subsidiary Vertex Tollways Development Inc. for the engineering, procurement and construction of the NAIA Expressway.

The contract for the project was won by another SMC subsidiary, Optimal Infrastructure Development Corp., in a bidding conducted on April 15 by the Department of Public Works and Highways (DPWH). Under the contract, Optimal was required to form a new company – Vertex Tollways – to operate the toll road.

SMC and DPWH formally signed the concession agreement on July 7, after the former made an upfront payment of P11 billion to the government.

DMCI said the contract involves construction of about 2.2 kilometers of at-grade works within the Entertainment City area and about 5 kms of a four-lane (Phase II) elevated viaduct connecting to the existing skyway (Phase I).

Phase II-A of the project comprises the design and construction of the viaduct extension from the existing Phase I (near NAIA Terminal 3) to Roxas Blvd, Diosdado Macapagal Blvd and NAIA Terminals 1 and 2 over the existing Sales Road, Andrews Ave., Domestic Airport Road, NAIA Road and Imelda Avenue, and includes on and off ramps, connection ramps and provision of toll plazas.

The expressway project was approved by the National Economic and Development Authority (NEDA) board in May 2012 and will cost P15.52 billion. Construction of Phase II-A will be from January 2014-March 2015.

Meanwhile, the DPWH has opened the bidding for the P35.58-billion Cavite-Laguna (CALA) Expressway project  designed to ease traffic congestion and support economic development of the CALA region.

The project was approved by the NEDA board on January 18 as a “hybrid and ODA (official development assistance)” undertaking but was submitted on May 21 by the DPWH to NEDA as a “pure PPP (public-private partnership)”, which means the private sector will finance, design, construct, operate and maintain the project.

The concession period for the entire expressway is 35 years, including four years of design and construction.

All bids will have to be submitted by January 2014 and the contract will be awarded in February. From design to completion, work on the project will last from March 2014 to March 2018.
Image courtesy of Naypong /FreeDigitalPhotos.net
Facebook
Twitter
Pinterest
WhatsApp
Previous articleP83.5M earmarked for PH airport, port projects
Next articlePrivatization of PH ports urged