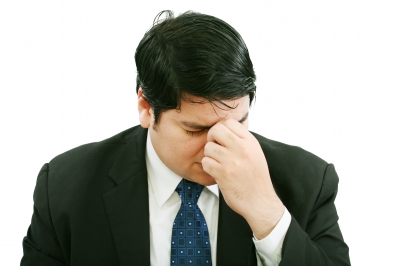 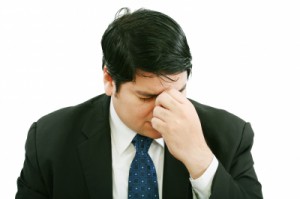 SULLIED by gross mistakes some colleagues had made and negative public perception about their role in trade facilitation, Filipino customs brokers are mounting a campaign to project the importance of their profession and clear it of the stigma caused by misfits in their ranks.

Customs brokers admit they have been hit by recent reports of colleagues being linked to smuggling, the latest of which was about one of their own being charged along with Phoenix Petroleum for alleged oil smuggling.

But the most controversial case was that of about 1,700 containers of imported goods vanishing in thin air while being trucked to Batangas City, two hours south of the Philippine capital Manila, in 2011. This led to national outrage that fuelled lawmakers’ push for a revamp of the Customs and Tariff Act.

One provision in the CTMA, in the view of customs brokers, threatens to kill their profession. In Section 110 of the CTMA, the declarant provision allows individual importers and firms to assign persons other than the customs brokers to prepare import declarations, doing by themselves the assessing and computing of taxes due on imported goods.

This provision has unsettled the profession.

“As customs brokers, we are vital to the supply chain,” said Jeanette Maala-Roxas, executive director of the Chamber of Customs Brokers Inc. (CCBI).

Joseph Tabirara, CCBI corporate secretary, wondered how an ordinary person can correctly assess and compute the right tax on imports as accurately as a trained, licensed custom broker.

He said the provision “is going to affect the profession as Sec. 110’s declarant provision allows single proprietorships to declare the duties themselves and, for corporations, only by their authorized responsible officers.

“We are waging this battle because we are affected; secondly, other people are not aware of what we’re doing, a very difficult job that importers nearly don’t want to do… customs broking is a learned profession, we studied it for four years, then suddenly we have this problem.”

Another issue that incenses customs brokers is statements made by Bureau of Customs people that brokers are generally corrupt. While admitting that some misbehaving colleagues had tarnished the profession, the brokers say they are hurt by allegations that they are all rotten – especially from staff of a government agency seen as the most corrupt.

On one occasion last year, Customs Commissioner Rozzano Rufino Biazon said the agency had enhanced its campaign against smugglers “to get convictions for those charged with smuggling.

“And customs brokers are usually involved whenever an attempt to smuggle goods into the country is undertaken. This is the reason why every time an importer is charged for smuggling, the importer’s broker is usually included in the charge sheet.”

The customs brokers said erring members of the profession are dealt with accordingly by the Professional Regulation Commission, which investigates and revokes their licenses if found guilty. Criminal cases are also filed against them, the brokers said.

Tabirara said the CCBI has been vigorously waging the campaign against the unwanted provision of HB 4788.

There are lobbyists who want to cut the customs brokers out of the picture, and CCBI is responding to that.  “Now CCBI has plans to hang posters and flyers stating that we should be the group to talk to by would-be importers,” Tabirara said.

“We have been sending manifestoes and letters to the senators to fight for our cause,” he said.

Just recently, he said, he went all the way to Cagayan de Oro to take up the brokers’ concerns with Rep. Rufus Rodriguez and his co-authors in the bill –Reps. Reynaldo Umali and Maximo Rodriguez, Jr.

Tabirara said the congressmen didn’t seem to understand the importance of the customs broking profession. And yet, the bill was passed in haste.

After CCBI’s representations, the Senate decided to investigate to understand the role of the brokers and will return the bill to the Lower House.

“I heard it will be considered as a priority bill by the 16th Congress,” Tabirara said.

The CCBI comprises customs brokers who belong to various groups with different plans and agendas, “but they share the same goal that we have in CCBI,” he said.

The country has produced 7,000 to 8,000 customs brokers who went through four years in university to take up the course. Of this number, only over 2,000 are active. There are about 4,000 graduates of the course yearly, but only 300 to 400 pass the board exams each year.