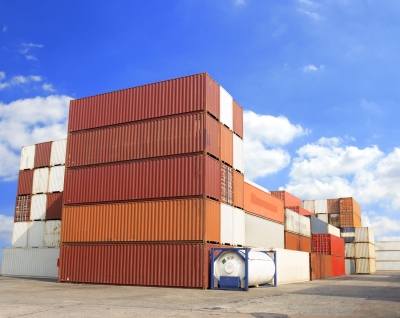 Members of the Container Depot Alliance of the Philippines (CDAP) are now complying with the request of truckers to have their equipment interchange receipt/delivery order (EIR/DO) stamped in case empty containers were diverted to other container yards due to unavailable space.

CDAP president Carl Fontanilla told PortCalls in a text message that he issued on November 27 a memo to member-depots to “stamp the delivery order or DO as requested by truckers.”

The memo was issued on the same day that truckers at the Manila Ports Forum organized by the Cabinet Cluster on Port Congestion requested CDAP to stamp the EIR/DO in cases of diversion.

Fontanilla said CDAP members SeaContainer Depot Corp., IRS Eastern Inc., and FJP Warehouse have confirmed compliance with the memo. He added that the CDAP secretariat will follow up agreement of other members RAO, Philex, Movers, Sunworld and Interpacific.

He noted that even prior to the forum some members were already stamping the EIR/DO, so doing it “should not be a concern.”

The stamp will serve as proof that a container was not delivered to a depot at the agreed time due to lack of space in the depot indicated in the EIR held by a trucker. This will then exempt the cargo owner or customs broker from paying the detention fee (charged against the container deposit), Alberto Suansing, director of the Confederation of Truckers Association of the Philippines, earlier told PortCalls.

The stamp will also be the basis for truckers to charge a diversion fee on the shipping line, Suansing added.

According to Fontanilla’s presentation during the Manila Ports Forum, the eight CDAP member-depots account for 57% of the total number of yards (14) in the Luzon market. CDAP members offer a total capacity of 46,600 twenty equivalent units (TEUs) of which 17,100 TEUs are cornered by Metro Manila yards.

CDAP members altogether have an area of 334,000 square meters. Yards’ average utilization is 47%, with Metro Manila yards posting the highest rate at 87% followed by Cavite at 60%.

Of the CDAP members operating in Metro Manila, IRS has the highest utilization at 110% followed by Sunworld at 100%.

CDAP members in Bulacan and Calabarzon (Cavite, Laguna, Batangas, Rizal and Quezon), on the other hand, offer a capacity of 29,500 TEUS over a total area of 217,000 square meters. Average utilization is 38%.

The six non-CDAP members (Marina 1, Trans Ocean Container Services, Ardees Venture & Logistics, One Stop Logistics, South Port Container Yard Batangas and BOCDI Batangas) account for 43% of the total number of container yards in the Luzon market. They offer a capacity of 20,150 TEUs, with an average utilization of 96% over a 110,000-square meter area.

Image courtesy of joesive47 at FreeDigitalPhotos.net