PH anti-overloading moratorium on trucks gets another extension 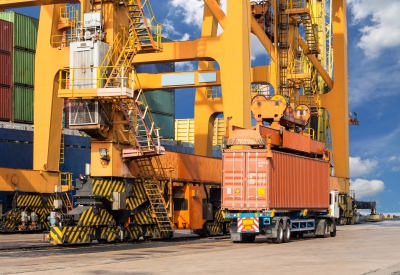 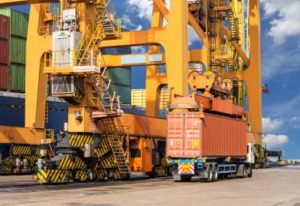 The six-month moratorium on the enforcement of the Philippine anti-overloading law for trucks with codes 12-2 and 12-3 has again been extended for six more months by the Department of Public Works and Highways (DPWH) a few days before the suspension expires.

In a reply letter to the Confederation of Truckers Association of the Philippines (CTAP), DPWH Undersecretary Raul Asis said that “with due regard to the financial capability of the majority of your members, we wish to inform [you] that we will have to extend again the said moratorium by another six months to give more time to properly comply with the provisions of the law.”

Scheduled to expire on December 31, the moratorium relating to trucks coded 12-2 and 12-3 has been continuously extended since 2013, with CTAP repeatedly asking for such extension.

CTAP explained that up to 90% of trucks servicing the ports are coded 12-2 and 12-3, but that these vehicles are not configured to comply with Republic Act No. 8794 (An Act Imposing a Motor Vehicle User’s Charge on Owners of All Types of Motor Vehicle and for Other Purposes), or the Anti-Overloading Act.

Under the law, the prescribed maximum allowable gross vehicle weight (GVW) for code 12-2 trucks is only 41,500 kilograms and for code 12-3 trucks, 42,000 kg, in effect rendering most cargo they carry to be already overloaded.

In an earlier letter to DPWH, CTAP had proposed weighing the cargo before it leaves the port so trucks won’t be carrying excess weight that can damage roads and bridges.

CTAP stressed it is imperative to conduct mandatory weighing “within the port premises and the results… honored/recognized” to avoid confusion when carrying out the provisions of R.A. No. 8794 governing trucks coded 12-2 and 12-3.

However, Asis responded that the letter of then Public Works Secretary Rogelio Singson to the Bureau of Customs dated May 6, 2016 “stating that unless necessary amendments are made to RA 8794 and its IRR (implementing rules and regulations), agencies like DPWH will still continue to perform its mandated functions.”

Earlier, CTAP said it would ask for the revision of the IRR so truckers can meet the requirements.

Bayocot said the suggested weights are equivalent to the 13.5 tons of allowable weight per axle, which already meets the requirements of R.A. No. 8794. Only the North Luzon Expressway implements the per-axle weighing, while other areas implement the GVW. The moratorium suspends the GVW enforcement only for the two truck codes.

CTAP said its members can’t afford to replace their old units with correctly configured trucks due to the economic slowdown and the spiralling cost of trucking operations.

The association noted that the implementation of R.A. No. 8794’s current maximum allowable GVW for trucks coded 12-2 and 12-3 would result in the stockpiling of 80% of containers at the Port of Manila. This would “put to naught the effort of the government to facilitate a seamless and sustainable mobility of container cargoes,” it added. – Roumina Pablo