PEZA in talks with DoF for more integration of processes 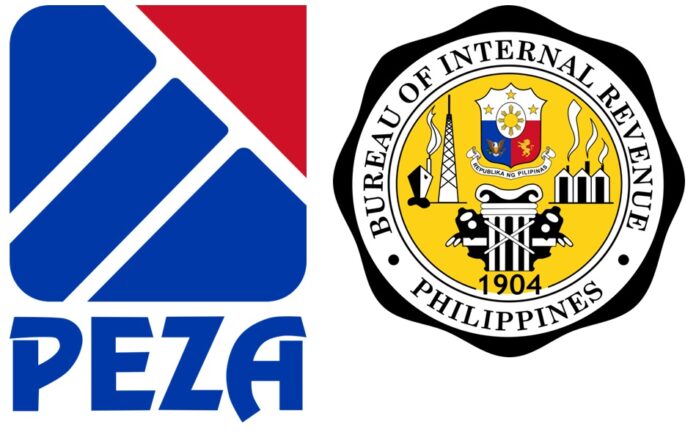 The talks aim to strengthen PEZA’s assistance to BIR by further integrating into PEZA systems BIR requirements that are not yet part of PEZA’s processes. These include those pertaining to PEZA-registered export enterprises manufacturing cigarettes and tobacco products that are exporting 100% of their production, PEZA said in a statement.

The talks come after PEZA said it is investigating two locators manufacturing cigarettes for 100% export after they were found to be supposedly deficient in complying with BIR requirements.

GB-BEM and GB Global, both PEZA-registered enterprises, were recently the subject of raids by the BIR for allegedly operating without the requisite BIR registration and other permits required in cigarette manufacturing, the authority said in a statement.

The matter is also the subject of parallel investigations by the BIR as well as the House Committee on Ways and Means.

PEZA had earlier withheld the import shipments of the two enterprises until a writ of preliminary injunction could be issued by the courts. PEZA said it will apply its own rules and regulations in imposing penalties on the two enterprises based on the results of its own investigation. It noted that this is distinct and different from whatever penalties BIR may impose.

At present, PEZA already assists BIR in ensuring that all PEZA registered enterprises file their Income Tax Returns by requiring them to submit to PEZA annually copies of their annual Income Tax Returns and Audited Financial Statements, with proof of receipt by the BIR and proof of payment of applicable taxes to the BIR.

If certain enterprises fail to submit these documents within the period prescribed by PEZA, the authority will withhold issuance of the non-compliant enterprises’ Annual Certification of Entitlement to Incentives and their entitlement to value-added tax zero-rating on their local purchases.

This is on top of PEZA imposing penalties of a fine per day of delay in submitting these documents. And in case of continued failure to submit these documents to PEZA, it will withhold the issuance of import permits and export declaration to the erring PEZA enterprise.

PEZA has also been collaborating with the BIR on the VAT zero-rating entitlement of PEZA enterprises on their local purchases related to their registered activities, and also submits to BIR all PEZA approvals and evaluation reports on income tax holiday extension years granted to qualified PEZA enterprises, in accordance with criteria prescribed in the Omnibus Investments Code of 1987.

In addition, PEZA has been religiously submitting to BIR an annual report on PEZA enterprises’ availment of tax incentives since 2015 when Republic Act No. 10708, or the Tax Incentives Management and Transparency Act, was enacted.

PEZA said it has also initiated talks with Bureau of Customs (BOC) commissioner Rey Leonardo Guerrero on stronger collaboration between the two agencies and on resolving other concerns over the movement of goods of PEZA enterprises and other BOC requirements.

Plaza noted that PEZA already has existing systems in place in collaboration with both BIR and BOC, which it said have proved effective in regulating other locators.

Nevertheless, she said the agency will further look into plugging remaining gaps in the system.

Plaza added that to enhance PEZA’s smuggling prevention efforts, the authority will continue to strengthen its intelligence capability and coordinate and collaborate with BOC and BIR to protect government revenues.

PEZA said it will also closely coordinate with other law enforcement agencies, local government units, and other government agencies not only to protect government revenues but also to ensure that investors have trust and confidence in the authority’s processes, and in their safety inside PEZA ecozones.

PEZA, she said further, is now also enhancing its automated systems to include monitoring and compliance requirements.

“Along with BIR and BOC, PEZA vow to strengthen, integrate monitoring, compliance systems and processes in our economic zones to prevent smuggling, promote efficient tax collection, preserve investors’ cooperation, and maintain their trust and confidence in the government’s policies and processes,” the PEZA chief said.