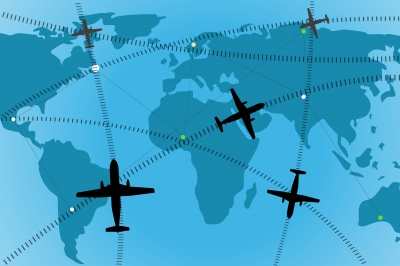 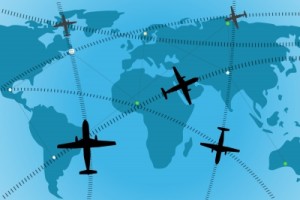 The Bureau of Customs (BOC) is looking at an 85% to 90% compliance rate by airlines and forwarders to the mandatory submission of airfreight manifest before it starts imposing penalties on late submissions, according to a BOC-accredited value-added service provider (VASP).

The BOC under Customs Memorandum Order (CMO) No. 10-2015—which prescribes rules for the mandatory electronic submission of air cargo manifest through a VASP—“internally identified” an 85% to 90% compliance rate before applying the late submission penalty of P10,000 for airlines and P500 for airfreight forwarders, said Leo Morada, chief executive officer of Cargo Data Exchange Center (CDEC) in a recent presentation during the “Creating E-Awareness in the Philippines” forum organized by CHAMP Cargosystems Philippines.

At the Ninoy Aquino International Airport (NAIA) alone, a total of 147 daily inbound flights that have already been assigned registry numbers under BOC’s electronic-to-mobile (e2m) system need to submit e-IFMs and e-CCMs. Of the total, 41 are Philippine Airlines flights, 33 Cebu Pacific Air, and 73 foreign airlines. There are also flights by the four air express operators FedEx, UPS, DHL, and TNT.

Morada added that as of May, 50% of airlines and freight forwarders using CDEC as their VASP are compliant with the CMO.

As for e-CCMs submitted through CDEC by airfreight forwarders in NAIA, 53% were successfully validated between May 11 and May 31. The rest were rejected mostly because the e-IFM was late, while others had entry errors in gross mass, number of packaging, and port of loading. Under the CMO 10-2015, the e-CCM cannot be submitted until the e-IFM—lodged by airlines—is first received by BOC.

While BOC and stakeholders are keeping tabs on compliance with and implementation of CMO 10-2015, Morada said stakeholders need to watch out for “the mandatory matching (to) be imposed by Customs” as part of CMO 10-2015 and Joint Memorandum Order No. 01-2015. The latter requires Philippine Economic Zone Authority (PEZA) locators to file their transhipment entries through BOC’s e2m system using VASPs.

One such mandatory data matching is between the airline master air waybill (MAWB) and freight forwarder house air waybill (HAWB), Morada said. The contents of the MAWB and HAWB will also be validated against data lodged by the customs broker.

MAWB and HAWB data will likewise be matched with the import entry declaration of PEZA and freeport locators (under JMO 01-2015).

Yet another industry concern, he noted, is the Customs plan to implement the mandatory disclosure of customs value and freight charges for both air and sea freight.– Roumina Pablo