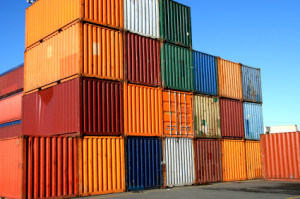 Initially, the PPA intended to apply the new rates starting from the sixth day of storage (free storage being for the first five days), but later decided to impose them from the 11th day, effectively providing 10 days of free storage for cargo owners.

Other new storage rates are as follows:

One of the government’s measures to decongest Manila ports, higher storage rates are meant discourage cargo owners from using ports as virtual warehouses.

Transport stakeholders earlier expressed opposition to the proposed storage fee hike at a PPA hearing in August. They said that while they recognized the need for the immediate pull-out of containers from the congested Manila ports, the proposal was ill-timed considering the less-than-ideal business conditions.

They pointed out that cargo owners were currently grappling with issues such as a shortage of trucks, difficulties in returning empty boxes, and overcapacity of container yards.

PPA recently said that despite the lifting of Manila’s truck ban, it will push through with decongestion measures earlier identified, which include transferring overstaying containers to Subic and Laguna.

Batangas and Subic ports were also declared extensions of Manila ports in times of congestion and other emergency situations, allowing vessels with Manila-bound cargoes to berth at the north or south port to prevent further overcrowding in Manila. – Roumina Pablo