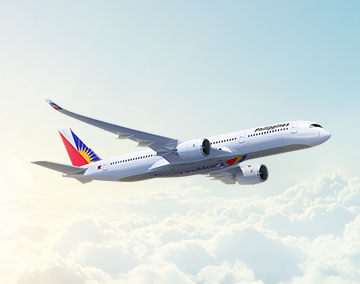 Philippine Airlines (PAL) and its sister companies reported a 259% higher consolidated comprehensive loss of P10.20 billion in 2019 from the P2.84-billion loss in 2018.

Passenger revenues climbed 4.2% to P134.292 billion in 2019 from P128.910 billion in 2018 due to additional frequencies and new routes which resulted in growth in passenger numbers.

Consolidated expenses dropped 3.1% to P151.664 billion from P156.466 billion mainly due to flying operations and passenger service expenses, which were partly offset by higher aircraft and traffic servicing expenses.

Total other charges amounted to P14.07 billion in 2019, up by 873.6% from P1.45 billion in 2018. Financing charges grew 128.4% mainly because of the adoption of a new financial reporting standard and additional aircraft financing. There were also more charges incurred during the year and significantly less one-off gains compared to 2018 when the company booked income from reversal of contingency provision for the Flight Attendants and Stewards Association of the Philippines case, reassessment of the carrying values of asset restoration obligations for certain aircraft and credit memos received from various aircraft manufacturers.

PAL has been reporting a net loss since 2017. Last year, the flag carrier announced it was embarking on digital transformation as a strategy to reduce costs and return to profit.

As of December 2019, PAL’s route network covered 31 points in the Philippines and 40 international destinations.

PAL’s international and domestic flights in its hubs in Manila, Cebu, and Clark are currently suspended until May 31, 2020 due to the extension of community quarantines in these areas to prevent the spread of the coronavirus disease (COVID-19). PAL flights have been cancelled since the latter part of March 2020 but continue to operate cargo flights and repatriation flights.

The airline said it is working on plans to operate a few domestic routes from its Davao hub, possibly to Iloilo, Siargao and General Santos, to help support the economic recovery of Mindanao with the easing of quarantine restrictions there.

PAL plans to operate a reduced number of weekly flights on most domestic routes and on selected international routes by June 1 2020, but this will depend on COVID-19 conditions such as community quarantine restrictions, travel bans imposed by various governments and their impact on passenger demand, and public health and safety situation in each of the countries that PAL serves.

“We are coordinating with concerned government authorities and will announce any flight details once finalized,” PAL said in an earlier advisory.

PAL will continue to operate occasional special flights to repatriate stranded passengers and to transport urgent cargo such as medical equipment and supplies to help sustain critical supply chains across the Philippines and on selected international routes.

Though badly needed, containers worldwide spend on average 45 days empty in depots In China and US, average stay is 61 and 66...
Read more
Aviation