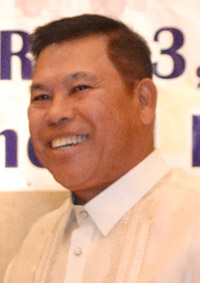 By RUPERT S. BAYOCOT, Director
Confederation of Truckers Association of the Philippines

The Department of Public Works and Highways (DPWH) has recently extended the suspension of the enforcement of the maximum allowable gross vehicle weight (MGVW) for trucks/trailers covered under Codes 12-2 and 12-3 until July 31, 2016. Like an early Christmas present, the extension was signed by DPWH Secretary Rogelio Singson and Department of Transportation and Communications Secretary Joseph Abaya. Now truck operators have more time to acquire additional transport equipment to conform to the latest GVW requirement.

While this development is most welcome to industry proponents, it would seem that this is merely a temporary relief and a very big problem is looming within the horizon once Republic Act 8794 is fully implemented.

The MGVW for 12-2 and 12-3 set by DPWH seems to have not considered that the average weight of containers arriving in the Philippines is around 27,500 to 36,000 kg. If we add the minimum weight to that the tare weight of the tractor head and trailer itself which is at an average of around 16,000 kg, we would get a total weight of 43,500 kg, which is an automatic violation of the law. So even if all truckers and other stakeholders in the industry acquired equipment in compliance with the DPWH Resolution but the MGVW under Code 12-2 and Code 12-3 remains the same, the problem of overloading will still persist.

Less trucks hauling cargo would mean more containers congesting the ports. According to the National Economic and Development Authority (NEDA), the country has already lost around 70 billion pesos in revenues due to port congestion.

To be able to determine whether a truck and trailer is overloaded or not, DPWH enforcers resort to using portable scales to weigh units. Most of the time we can see them along roads causing delay in delivery of cargoes and obstruction to an otherwise free-flowing traffic. A lot of truckers are not convinced of the accuracy of these scales. Sometimes when a unit is apprehended for overloading via a portable scale, truck operators have them re-weighed at a private truck scale and the new results do not merit an overloading violation.

Some operators, in desperation, resort to giving “lagay” (grease money) to those manning the weighing station in the amount of P300.00 to P500.00 just so units won’t be declared overloaded and driver’s licenses not confiscated.

Another loop hole in the implementation of R.A. 8794 is the fact that violators are only issued a ticket for their offense. Erring truckers are still allowed to traverse, still damaging the roads.

To finally rid ourselves of the problem, one measure that should be strongly considered is to push through with the mandatory weighing of all containers inside the ports before being allowed to exit. By this procedure we help prevent overloaded trailer trucks from plying and damaging the roads, because prior to leaving the ports they have already been checked for the proper weight. Also, it would help ease heavy traffic along roads with weighing stations as trucks have lesser reason to stop and be interrupted in their deliveries. There would also be no more need to resort to “lagay” and other corrupt practices, at least in weighing of units.