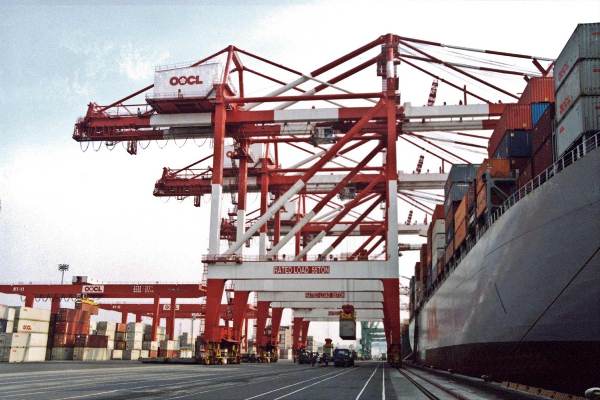 Orient Overseas Container Line (OOCL) saw record revenue, liftings and profit from its core container shipping and logistics business in 2020, with the impressive results “achieved in an unprecedented and extremely complicated context.”

The Hong Kong-headquartered company logged operating profit of US$992 million in 2020, a significant increase from $361 million year-on-year. Profit from operations rose to $903 million, up from $195 million in 2019, said OOCL parent company Orient Overseas (International) Limited (OOIL) in a statement.

Profit attributable to equity holders for 2020 is $902.7 million compared to $1.3 billion in 2019, including profit on the disposal of Long Beach Container Terminal.

“Our impressive result for 2020, which includes the highest ever revenue, liftings and profit figures for our core container shipping and logistics business, was achieved in an unprecedented and extremely complicated context” amid the backdrop of the COVID-19 outbreak, said COSCO-owned OOIL.

It said that after initially falling in early 2020, demand recovered dramatically and “since June, the situation for container shipping has been improving.”

China was among the first countries to reactivate production and reopen for business, and consumer demand also began to improve in the United States and Europe, propelled by the encouragement of working from home and governmental subsidies.

In turn, OOCL made efforts to quickly put more capacity into service to meet the unabated surge in demand for space on various trade lanes. The carrier deployed more capacity on some routes in the trans-Pacific peak season in 2020 than it did during the same period in 2019.

However, OOCL said the industry also faced dramatic demand swings and tremendous operational difficulties during the year, including lockdowns at different terminals, chokepoints at key hubs in the supply chain, and worker shortage.

“As more and more services were introduced, congestion and equipment availability became more and more problematic. All these elements went together to create operational delays, and a slowdown in the flow of the repositioning of container boxes, which then in turn created further obstacles,” it continued.

OOIL said that during 2020 it also placed orders for twelve 23,000-TEU vessels, which are scheduled to be delivered during 2023-24 for deployment in the Asia-Europe trade.

Its OOCL Logistics division also had a fruitful 2020 as rail services between China and Europe and air freight forwarding were strengthened, warehousing and distribution activities were increased, and new depot and warehousing capacity was added in Thailand and Vietnam.

Looking ahead, OOIL said that despite current strong markets, “the full impact of COVID-19 may not be known for some time” due to fluctuations in freight rates, the shifting balance between shipping supply and global demand, and the continued evolution of supply chains after the challenges of 2020.