One of top PH rice importers slapped with smuggling charge 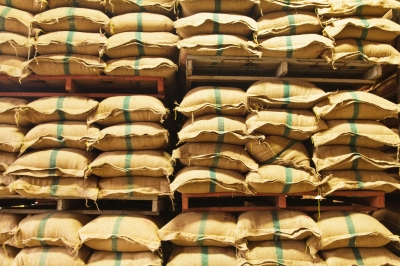 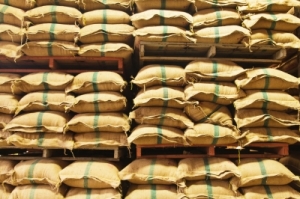 Another top rice importer faces smuggling-related charges filed by the Bureau of Customs (BOC) for bringing in rice without government permits.

Four separate complaints were filed by BOC acting district collectors Mario Mendoza of the Port of Manila; Elmir Dela Cruz of the Manila International Container Port; Roberto Almadin of the Port of Cebu; and Ricardo Butalid, Jr. of the Port of Davao against key officials of Starcraft International Trading Corp and the firm’s licensed customs brokers before the Department of Justice.

Starcraft president Jeffrey Daradal; Board directors Eugene Pioquinto, Aveleo Godoy, Anna Orqueta, Brendel Daradal and Jessie Bantula; as well as company representative Hanlie Solema all face multiple counts of violating Section 3601 of the Tariff and Customs Code of the Philippines (TCCP) and Section 29 of Presidential Decree (PD) Number 4, as amended by PD No 1485.

BOC also slapped charges against 12 customs brokers for facilitating the unlawful importations of rice made by Starcraft. They are Denise Kathryn Rosaroso, John Kevin Cisneros, Emilio Chio, Eduardo Borje III, Rosemarie Arciaga, Gerald Villarosa, Jennifer Ann Reyes, Elbert Lusterio, Dianne Re Dizon-Tapia, Laila Silvestre, Francis Rudolph Forneste and Kenneth Quial. Each count of violating Section 3601 of the TCCP has a maximum sentence of ten years in jail and a P50,000 fine while each count of violating PD No 4 is levied a penalty of as much as four years imprisonment and a fine of P8,000.00.

The charges stem from rice importations of Starcraft totaling over 45,000 metric tons (more than 45 million kilograms) worth an estimated P1.8 billion that arrived in Manila, Cebu and Davao from Vietnam, Thailand, China and Singapore from June to November 2013.

Based on records of the National Food Authority (NFA), Starcraft was only allowed to import 1,176 metric tons through Manila. This means the company exceeded its minimum access volume (MAV) from NFA by over 3,700%.

The NFA regulates rice imports through MAV or quotas that limit the quantity imported to prevent excessive supply and ensure viability of the local rice industry.

Most of Starcraft’s rice imports were not released by BOC by virtue of alert orders issued for lack of the required permits from the NFA. However, Starcraft filed court cases, arguing that private importers can import rice without securing a permit, citing the expiration of quantitative restrictions on rice imports to the Philippines under the World Trade Organization in 2012.

Philippine laws state that only the NFA can import rice and companies who wish to do the same must secure an import permit from the agency.

“Our laws were not changed. Import permits for rice were still required. Starcraft cannot unilaterally interpret the laws by itself. Regulation of rice is critical because millions of farmers’ livelihoods depend on rice farming,” said Customs Commissioner John P. Sevilla.

Starcraft is the fifth top rice importer slapped with smuggling cases by the BOC. Data from the BOC showed that Starcraft, along with Intercontinental Grains International Trading, Bold Bidder Marketing, Silent Royalty Marketing and Medaglia De Oro Trading, captured a combined 75% of the 200,000 metric tons of rice that entered various ports in the country in 2013 without the required import from NFA.