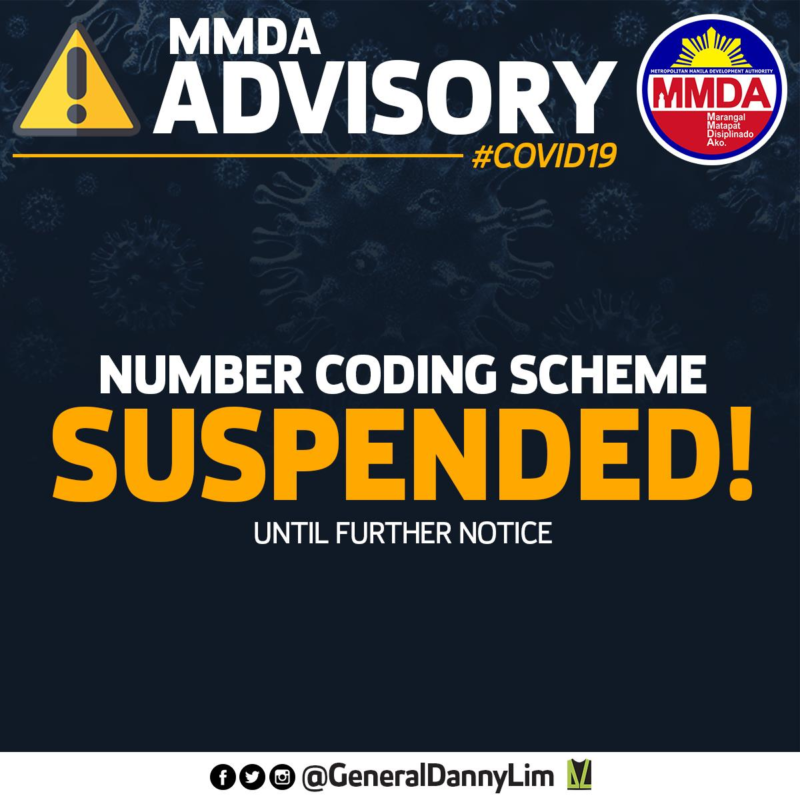 The Metropolitan Manila Development Authority (MMDA) has suspended until further notice the implementation of a modified number coding scheme set on June 8.

In a statement on June 7, MMDA said its Unified Vehicular Volume Reduction Program or number coding scheme is still suspended on June 8 due to limited operations of public transportation in Metro Manila.

“The number coding suspension is for public mobility to continue and assist the motorists, particularly those reporting for work,” MMDA said.

Makati City, however, since June 1 has resumed implementation of its number coding scheme. Vehicles with two or more passengers are exempted from the scheme and will not be apprehended, according to an advisory on May 31.

MMDA earlier said it will implement a modified number coding starting June 1 as the community quarantine in Metro Manila has been eased to general community quarantine, but then has moved it to June 8 as it had to publish first the guidelines on the new policy.

The modified number scheme was supposed to exempt private motor vehicles driven by health workers and/or those with two or more passengers including the driver, provided that social distancing and wearing of face masks is observed.