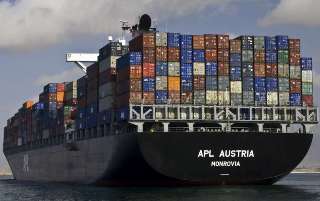 NOL Group, the parent company of container line APL, announced on December 29 that its chairman, Cheng Wai Keung, will retire after its annual general meeting scheduled in April 2012.

Cheng will be replaced by Kwa Chong Seng, who will be appointed as director of the NOL board with effect from January 1, 2012. Kwa will assume the chairmanship of the Singapore-based global container and logistics company when Cheng retires after a 20-year service, the last 10 years as company chairman.

“I have seen unprecedented changes on the shipping scene in my years on the NOL Board, and I have had the opportunity to be involved in the transformation of NOL into a global premier transportation company that it is today,” said Cheng.

Kwa is the deputy chairman of the board of directors of Temasek Holdings. He was chairman and managing director of ExxonMobil Asia Pacific before retiring in October 2011.