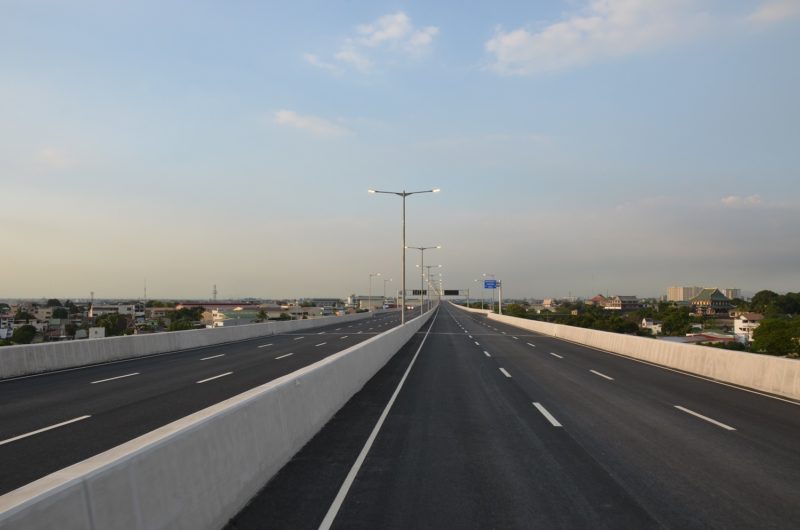 Held during the same day was the ground-breaking ceremony for the P23.3-billion NLEX-SLEX (South Luzon Expressway) Connector Road, an elevated 8-km highway that will connect the end of Harbor Link in C3, Caloocan City to the Polytechnic University of the Philippines campus in Sta. Mesa, Manila.

The projects, both undertaken by concessionaire NLEX Corp., a subsidiary of Metro Pacific Tollways Development Corporation, are seen to ease traffic congestion and provide travel convenience to motorists in Metro Manila.

The P15.55-billion six-lane NLEX Harbor Link Segment 10 is seen to unclog traffic bottlenecks as it diverts about 30,000 vehicles away from the busy streets of Metro Manila every day.

The segment is also expected to facilitate efficient delivery of goods as cargo trucks will have an alternative access from the port area to the provinces in northern Luzon and vice versa.

The elevated expressway will also shorten travel time from Manila to Central and North Luzon as motorists can head straight to NLEX, bypassing EDSA and the Balintawak Toll Plaza. The next phase of the NLEX Harbor Link project is the 2.6-km section from C3 Road, Caloocan City to R10, Navotas City.

NLEX Corp. chairman Manuel V. Pangilinan said that “apart from our team’s commitment to support the administration’s ‘Build Build Build’ program, the government’s help in ramping up the acquisition of right-of-way made us deliver this vital infrastructure which aims to bolster development and ease traffic congestion in the country.”

The new Caloocan Interchange, meanwhile, serves as the point of convergence for NLEX Harbor Link Segment 10, the C3-R-10 section, and the NLEX Connector.

Targeted for completion in 2021, the NLEX-SLEX Connector Road, on the other hand, is seen to benefit 35,000 motorists by cutting travel time between NLEX and SLEX to 20 minutes from the usual two hours.