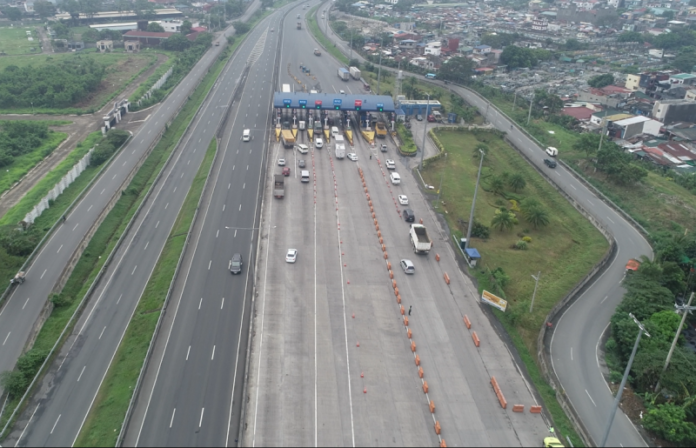 The Valenzuela city government withdrew its suspension order on NLEX Corp.’s business permit after the toll operator agreed to take steps to resolve issues with the mandatory cashless toll collection that has caused huge traffic jams.

This developed after a notarized deed of undertaking (DOU) was signed by NLEX Corp. president and general manager J. Luigi Bautista on December 16, affirming the company would “faithfully abide” by stipulations in the DOU.

Among these in particular is the company’s guarantee to voluntarily suspend its operation “should the condition/s stipulated in the Deed of Undertaking that call for such suspension transpired.”

Under the DOU, the toll operator committed to adopt means and methods to prevent circumstances from occurring that violate the conditions of the mayor’s permit, the waiver and undertaking of the business permit, and the provisions of other local and national laws, rules and regulations.

Moreover, NLEX Corp. should adopt immediately a barriers-up arrangement to lift its boom barriers at all its toll booths/plazas within the jurisdiction of Valenzuela City from 5:00 a.m. to 10 p.m. daily, pending compliance with committed system upgrade to address issues experienced by the riding public.

NLEX Corp. should also comply with its commitments made during a December 14 dialogue with the Valenzuela City government, which include upgrading its system for real-time loading; making its apps friendlier for accounts management; improving accounts management interface; and streamlining the registration process for getting a radio frequency identification (RFID) sticker.

The commitments must be completed by January 30, 2021.

The DOU noted that during the December 16 meeting, both entities concurred that the end-goal is to adopt a 24-hour barrier up arrangement in the future as mutually validated by actual experiments and scientific observation.

EO 2020-338 noted that any violation of the DOU or the conditions of the mayor’s permit, business permit, and other local and national laws, rules and regulations “will result to the immediate suspension/closure” of NLEX Corp.’s permit without any further notice or issuance.

And should NLEX Corp. fail to voluntarily suspend its business activity as stated in the DOU, the city government will automatically move to reinstate its suspension orders.

In a separate statement, NLEX Corp. said that in anticipation of the surge in holiday travelers, it has earlier reopened cash lanes at all toll plazas of the expressway network.

For current RFID customers, NLEX committed to add new RFID toll lanes at both Karuhatan and Mindanao toll plazas to allow them to better access RFID lanes and improve their travel time.

To service other motorists still needing to get their RFID stickers, the installation site at Karuhatan toll plaza will be relocated to the Santolan overpass area inside the expressway. Meanwhile, the installation site at Mindanao toll plaza will be relocated about 500 meters inside the expressway near the Que Grande overpass area.

Motorists’ requests for accounts reloading will be entertained after the toll gates and will be transacted after entry. NLEX Corp. noted that these measures will minimize the bottlenecks at the Karuhatan and Mindanao toll gates and make more efficient use of the limited road space, especially during rush hours.

And in response to customers’ complaints regarding RFID stickers, NLEX Corp. vowed to accelerate the ongoing sticker replacement program and boost its implementation through a targeted SMS text blast to better reach out to customers.

Additional traffic solutions to be taken are as follows: further enhance traffic management operations, improve customer assistance at the toll lanes, and accelerate the customer communication campaign on RFID reloading.

The Valenzuela City government on December 7 suspended the business permit of NLEX Corp. for failing to submit an action plan addressing the heavy traffic at NLEX interchanges generated by the mandatory cashless transaction implemented at the start of the month.

The Valenzuela City mayor earlier said the “monstrous traffic jam caused by the technical glitches in your RFID system is already taking its toll on the economic, mental, and general well-being of our citizens.”

The use of RFID stickers for cashless transaction starting December 1 on all Luzon expressways was ordered by the Department of Transportation (DOTr) and Toll Regulatory Board (TRB) as part of their toll collection interoperability project launched in 2017.

The program, however, started to cause heavy traffic at toll plazas even prior to December 1 with motorists scrambling to get their RFID stickers before the deadline.

The Senate has recently adopted a resolution urging DOTr to suspend the implementation of mandatory cashless toll collection on expressways until issues with the policy are addressed in order to ease the burden experienced by motorists.

The Senate Committee on Public Order will conduct a hearing on the matter on December 17.