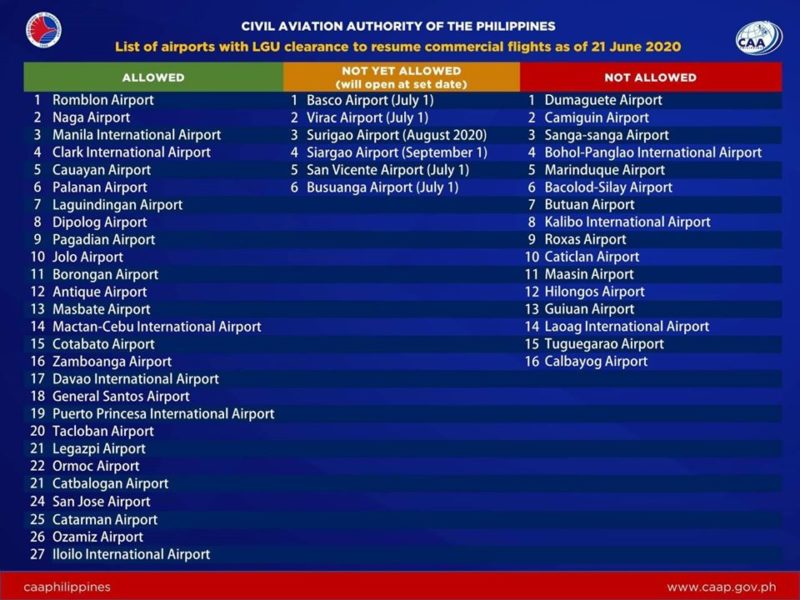 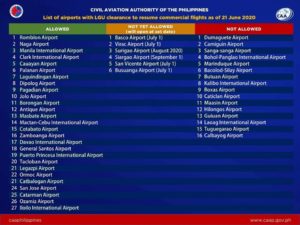 A total of 27 airports in the country have been allowed by their local governments to handle commercial flights as of June 21, according to the Civil Aviation Authority of the Philippines (CAAP).

CAAP noted, however, that while some airports are allowed to handle commercial flights, these are subject to different documentary and passenger restrictions.

CAAP said airlines already have scheduled commercial flights at 18 airports in the country following approval of their respective LGUs.

Six airports are set to start accepting commercial flights on later dates. These are:

Airports still not allowed by their respective local governments to handle commercial flights include:

Regular commercial air travel had been suspended since travel restrictions were implemented as part of measures to prevent the spread of the coronavirus disease. Cargo and repatriation flights, however, have remained operational.

MGCQ, meanwhile, is a more relaxed version of GCQ and is the transition phase prior to the “new normal.”